— by BEV QUESTAD with MICHAEL FUNG —

Robert Greenwald’s investigative documentary, “Unmanned: America’s Drone Wars,” has been released for free viewing (you can view it in its entirety by clicking here).

The film documents the case of Tariq Aziz, who was killed by a drone three days after he testified about his cousin’s murder by a drone attack. At the hearing with Afghani chieftains, he became acquainted with western reporters and accepted positions from two humanitarian agencies. He was given a camera with lessons on how to take pictures of drone attacks and their aftermaths.

Three days later, he was targeted by the U.S. Tariq – a 16-year-old student who loved to play soccer but was deeply troubled by U.S. attacks on innocents – had been labeled a terrorist by the CIA and summarily shot down by a drone with his 12-year old cousin without investigation.

Please note, this doc does not have a spokesperson supporting drone hits or a supportive representative explaining the stats or rationale behind their use. Therefore, Michael Fung and I have tried to parse this issue out in conversation with input from others as noted.

Fung: I grew up in Hong Kong, the front line during the Cold War Era. I am for a strong defense so I support drone strikes in principle. After all, we are still at war with unseen enemies, the terrorists. Therefore, I know we need to spend our tax dollars on a smart drone war, not the stupid plan we currently have underway. The math does not stack up in our favor if we continue on with the current strategy.

Questad: I’m a peacenik. By irony of living in a country with the strongest military force in the world I get to protest to my heart’s content. But how can a drone program possibly be made smart when it creates a mass of enemies every time it hits innocents?

Fung: True, from the eyes of the civilian populations in Pakistan and Afghanistan, we have become their mortal enemies because of drone strike killings. For every ‘terrorist” killed, we have created many more enemies amongst the victim’s tribal community and family members.

Questad: When I asked a retired foreign service diplomat who had once been stationed in Afghanistan about the poor pr for America, he firmly pointed out that there is also another side. First of all, the countries involved with drone attacks, including Pakistan, are complicit in the arrangement. The targeted militants destabilize the status quo so host countries are supportive of their eradication.
But it’s sounding a little dangerous when you consider who’s helping to determine who is a terrorist and who is not. Tariq and his 12-year old cousin were labeled terrorists. What criterion is being used? 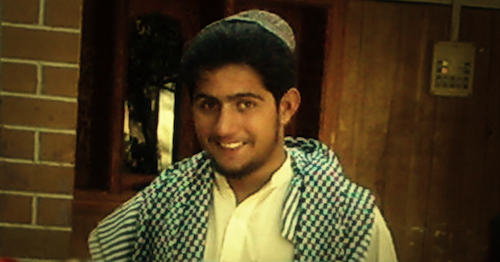 Kevin Johnson, Airborne Infantry, ret: The real problem with the drone program is that it gives almost God-like powers to those operating and using the drones. We are NOT good at being God. We are, in fact abysmal at it. If you’re going to have the power of God then you must, like God, NEVER be wrong.

Fung: I also agree with the point being made that we are NOT good at being God. That is the wrong strategy and sometimes we forget we are not perfect.

Questad: Yes, our ability to pinpoint surgical strikes has not always worked out. What about the complaints about the high civilian casualties?

Diplomat, Foreign Service posting in Afghanistan: The Pakistanis say that since 2008, 67 civilians have been killed by drones and 1960 militants have died. Pakistan has reported that no civilians have been killed there this year.
Drones are used even less often in Afghanistan because we have troops there. But there are a lot fewer American casualties using drones because we don’t have to put our troops on the ground.

Questad: I understand that there is a sector that believes we are safer because we are taking out targeted terrorists with precision drone attacks.

Diplomat: Assume you saw that we nailed the head of the PTT, a mortal enemy of the Pakistani state last week [Nov. 1, 2013]. It was done in full coordination with the PK govt.

Questad: But does this hit make us safer or more hated and vulnerable?

Johnson: I can’t imagine that the security concerns addressed by killing members of al-Qaeda or the Taliban equal the massive damage being done to our image amongst the peoples of the countries subject to our rather questionable judgment over who simply dies because they fit a “Signature” profile.

Questad: Michael, what’s your picture of a smart drone war? What does it look like?

Fung: We just need to learn a smart strategy from one smart country in the world. That country is the U.S.A. Just take a look at the historic Marshall Plan at the end of WW II. We turned the war-torn European continent into a front line bastion during the Cold War.

In the same way, we have got to win the hearts and minds of the local people in the areas susceptible to militants by investing in improvements to their lives so that they don’t end up joining extremist organizations. We can achieve this objective by limiting the number of drone strikes and shifting the dollars into building up their infrastructures.

Some companies are profiting from our current strategy, big time, courtesy of our tax payers and bond holders. Yes, bond holders, both domestic and international. Greenwald lists the following expenditures related to drone technology:

Imagine if only half of the same funds were spent on water purification, education, medical training, waste management, power and transportation.

Whether the world is safer and whether fewer people will suffer because of the US drone policy may be difficult to determine. But what will continue to be important is remaining informed about what is going on so that we can voice our position with intelligence and vote with a well-informed conscience.

In the words of Thomas Jefferson, “Eternal vigilance is the price of liberty” (1838).

Bev Questad is a regular IJM contributor, an adjunct college professor in a Masters of Teaching program and high school English instructor. Her writing partner is Michael Fung, entrepreneur and former financial strategist for a major regional university.