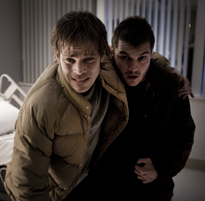 Alan and Gabe Polsky’s debut film is a look at the bad side of being the “Y” generation. Set in what appears to be the dead of winter, in the worst winter on record in the Reno/Elko high desert of northern Nevada, two brothers try to find their way out of nightmares and a hellish loneliness. Frank Flannigan (Emile Hirsch – “Into the Wild”) tells stories to brother Jerry (Stephen Dorff). Sometimes it is the only way Jerry can sleep at night. Jerry was born with his demons, Frank found his during the first years of his life.

The Polsky’s film is based on the cult debut novel by Willy Vlautin published in 2006 and it is hard to say how much of the novel was left out. The problem with the movie adaptation is there is no point to anything the boys do. The Polsky’s have mined familiar ground by using the same backdrop for this film as in Hirsch’s previous “Into the Wild.” There is something about a frozen wilderness, a whiteout with nothing to anchor oneself, nothing to act as a point of reference, which forces attempts of escape back on oneself. As much as the boys try to escape their world, there is no escape, and the options inexorably diminish little by little.

A more conventional plot would have the two boys doing something wrong to get into this fix and the rest of the story being the punishment they must accept for their wrong doing. Perhaps they were raised by insane parents and the suffering that makes up most of this movie is a price they are paying for their parents’ generation. The sins of society have been laid on their shoulders. Reno, Nevada, the birthplace of Caesar’s Palace? Elko, one of the last gold-mining centers in America. One of the last places where the earth is desecrated for the metal that has ruined more people’s lives than any other. 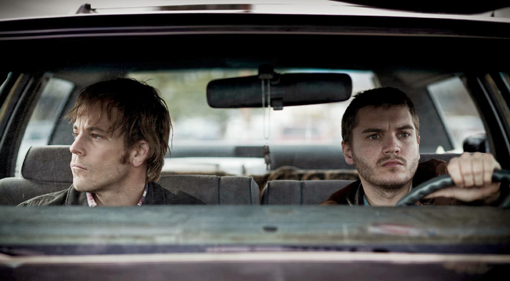 When their mother dies the two boys try to jump a freight train and Jerry falls under the wheels and loses his leg. Frank falls in love with Annie (Dakota Fanning) but is traumatically disillusioned when he accidentally stumbles onto a horrific event involving Annie and her white trash mother. Jerry loses his leg and Frank loses the ability to love, after both of them have lost everything else in their lives that could possibly mean anything.

As the title implies, the film is a series of cheap motel rooms, cheap whisky and cheap beer. Whisky is drunk straight out of the bottle and there is no difference between day and night, drunk and sober or rich and poor. There are no signposts, only tracks in the snow. No street addresses, only room numbers. No going home for the holidays, only going to the hospital to die. Animated scenes by artist Mike Smith illustrate Frank’s stories, the stories of victorious times in abstract, fantastic situations where the brother’s unfailing love and loyalty carry the day. But their love and loyalty are not carrying the day, now.

In the end, in spite of good performances by the actors and good production all around (great sound track), the viewer is left wondering what they are supposed to take away from the story. Is it, to paraphrase our mothers at the dinner table, that we should be grateful for what we have and to never forget that some children do not have homes and dinners and mother and fathers? Or is it something darker than that, a probing into the question of the signposts and street addresses of an entire generation where web addresses and hash tags are the new identity?

The young star in this film and their elders are background, just like the snow, ice, faceless motels and casinos. The older generation is given mixed reviews. About the best that can be said for them is that they care about the young but are helpless to do anything significant to help them. The worst is that the old take advantage of the young, using them as they wish. The older people who run society are not much more help than the howling winds and freezing cold of the high desert. They will suck the life out of you if you give them half a chance.

In spite of the great performances, there is little to recommend this film. It takes the wind out of one’s sails, but provides no alternative means of movement. 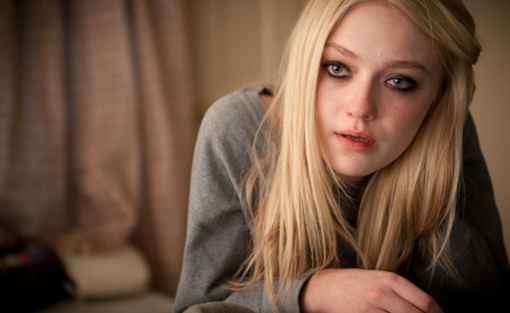