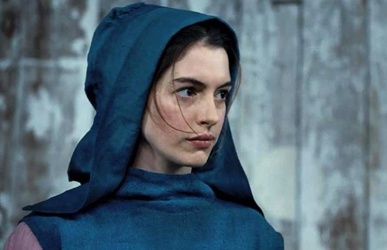 During the first 90 minutes, I was embarrassed. I couldn’t figure out what was happening in France at the turn of the 19th century, I couldn’t understand all the British accents and I found the music a little boring (oh no!). I was also having trouble figuring out the plot. Why was this opera so popular on Broadway? There is no catchy tune, no vernacular dialogue and no familiar history.

Having not been required to read Victor Hugo’s 1862 novel, from which “Les Misérables” was adapted, I alternated between being ambivalent, bored and confused.

So why cry at the end? Let me now re-calibrate my initial reaction.

There are three reasons I kept watching “Les Misérables” and they combine to prove why it will end up a classic film. First, it is gorgeous and realistic. The sets, costumes, and music evoke the great disparity between the classes that sets the stage, so to speak, for this grand reflection on class inequities — Occupy Wall Street 2011 à la France 1815-1832.

The second reason is the tremendous acting that perfectly complements Claude-Michel Schönberg’s score. Though the music is alternately tender, proud and passionate, there is no hum-along number. This means that the acting really has to carry the audience. Hugh Jackman and Anne Hathaway, surprisingly good singers, end up the heavy lifters who carry this gift home.

Word has it that both Jackman and Hathaway went on strenuous diets to realistically portray starving characters. Hathaway plainly frightened me with her emaciation. Along with the rest of the crew, their singing was also recorded live instead of dubbed in, so the realism is enhanced.

It is this realism that the filmmakers demanded so that the film would be honest. The beginning scene extras, pulling an immense ship into dry-dock wading through sea water, were really freezing cold! Apparently, they were also compelled to live around smelly fish to get in a miserable, distasteful mood.

And that is the third point that makes this a great rendition of the “Les Mis” operatic phenomenon. It is a successful attempt by the filmmakers to make a truly honest film, from the weight loss, to the misery to the reflection on class inequities.

In the last 30 minutes, as the story comes together and the emotions reach an ascendant climax, I am crying from recognition of a raw honesty in characterization and a hope in humanity.

What a beautiful tone, what a glorious message.

Because “Les Mis” is hard to follow in the beginning, it would help to have some background (maybe just read the Wikipedia synopsis of the book before you go to the film), and some fine red wine. It isn’t for everyone, but Anne Hathaway and Hugh Jackman have taken this beauty and ridden her in glory to the finish line. 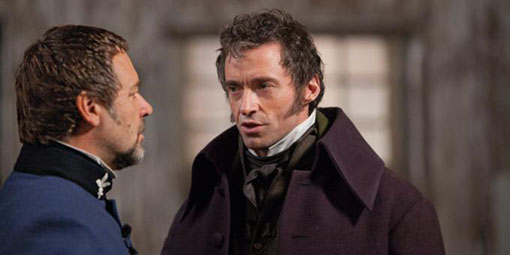