To those of us who grew up in the 1960s and 1970s, he was an icon. To him, we were an enigma. “Out of control hippies,” as his diaries read. MC Escher simply could not fathom what we saw in his work. We saw infinity, the joining of earth and man, the something and the nothing, the yin and the yang and the conscious with the subconscious. His original inspiration for this mystical body of woodcuts was more practical. He saw a lot of wasted space in the background and he wanted to fill it up.

Admittedly, we saw a lot more in his wondrously tessellated pretzel-logic because we saw it in fluorescent paint under ultraviolet light. Add a little Panama Red to that combination and we saw Timothy Leary riding Richard Nixon to the lost city of Atlantis. Even if the envy and amazement of the stoned do not count, when the effects wore off we still knew this guy was something else.

Robin Lutz’ charming documentary of one of the most thoroughly eccentric artists of our lifetime consists mostly of readings from the artist’s own records. As Stephen Fry recounts Escher’s own words in a wonderfully mellow tone (with a subtle hint of snarkiness), we are treated to a parade of works that burrowed themselves into our brains as we studied for that final, alone with that infinite staircase in our tiny hovel of a room.

Escher never studied to be an artist. He studied architecture briefly and to this day describes himself as more of a mathematician than an aesthete. Encouraged by a friend and making enough money to put bread on the table he dropped out of school and made woodcuts of nature scenes and urban infrastructure. At the age of forty, “when a man is at his peak,” he combined the background with the foreground and gave a sample to his scientist brother who said it was crystallography.

Yes, the combination of interlocking mathematical expressions completely interconnected without beginning or end. Plasticity into tessellation, two dimensions into three, simple sketches that showed what was simply impossible. Incredible detail that was too fine even to be seen completely without jeweler’s goggles. A Picasso perspective of Buckminster Fuller. Audubon reinterpreted by Salvador Dali.

MC Escher’s life was never easy. He saw his friends taken away by Nazis and struggled to save some of their works, their drawings torn and crushed by the jackboots of their murderers. The artist’s sons recount those painful times as well as the artist’s wife’s slow drift into insanity. In the end, the artist describes himself as more stubborn than talented. Too obsessed with his work to stop even in the years of his seriously declining health, he increasingly looks his demise in the eye, including death’s head in microscopic detail in his works.

He never thought a single one of his prints succeeded, they all failed. They failed because what he thought could not be expressed on paper. He failed to pursue beauty and, instead, chose to pursue wonder. 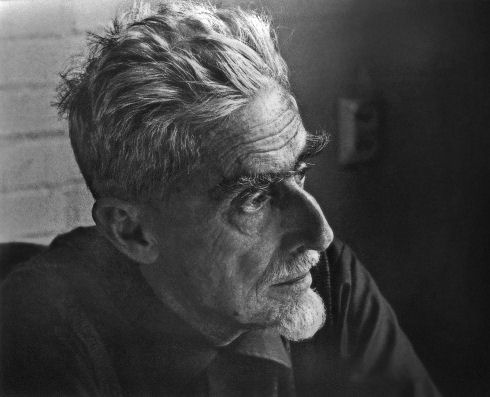