Review: Me and Earl and the Dying Girl

Director Alfonso Gomez-Rejon won big at Sundance this year with both Audience Award and Grand Jury Prize and took home the Best Director award at the Seattle Film Festival for “Me and Earl and the Dying Girl,” a funny, touching and unabashedly honest look at today’s teenage life. 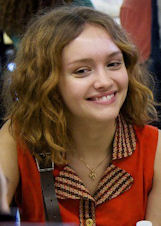 In his second directorial effort in a feature film, the director capitalized on a powerful first novel and screenplay by Jesse Andrews, a man who emerges as a force with which to be reckoned. There are a couple of twists in this story that magnify what would otherwise be an ordinary coming of age tale into a uniquely intimate look at the fundamentals of human emotions. There are no holds barred in this one.

Thomas Mann plays Greg, a high school senior who takes us deep into the normally smothered recess of teenage life, those places to which most of us do not want to return. There is insecurity, the helplessness and the overwhelming sense of impending doom when the adult world calls upon us to make decisions and, even worse, plans.

Greg makes films with his buddy Earl (RJ Cyler) and this very sophisticated treatment makes use of those films within a film to sidestep rational explanations and go straight for the emotions. The funny et genuine DIY movies are supplemented with stop action sequences that could have been shot with a smart phone. Technology comes in and out of the story, presenting the unavoidable tools of the young artist along with the mandate to join a high tech world in which emotion is off the radar.

Greg hardly knows Rachel (Olivia Cooke) when his mother (Golden Globe nominee Connie Britton, channeling Sara Palin to the hilt) tells him that she has been diagnosed with leukemia. In spite of Greg’s normal teenage reticence, she harangues him into spending more time with Rachel. This initially artificial relationship allows both of them, as well as Earl, to find depths of comfort in friendship that they had never known.

During the first 90 minutes of the movie, this relationship is explored with first-rate comedy and slick yet transparent production. Mann channels Jared Hess’ Sundance-nominated performance and screenplay in the breakthrough teenage saga “Napoleon Dynamite.”

As the story unfolds, we realize that it is Greg that is undergoing treatment here, not the cancer stricken Rachel. In the course of grappling with several crises, each competing for his heart and soul, he bats about fifty percent. In the final analysis that is about all we can hope to do. Sometimes life is about damage control.

The last 10 minutes of the film, perhaps the most controversial, drop into a deep melancholy that, while genuine, abandons the humor and creativity of the first part of the movie. Having said that, the audience at this particular screening was touched one and all. There was hardly a dry eye in the house. A remarkable achievement for an emerging cast and crew.

Final Note: Ladybug House in Seattle offers a place for respite and renewal to families and their children with life-limiting illnesses. See more at www.ladybughouse.org.