We see a silent coal black screen for 40 seconds and then, in small white print, the Coal Miner’s Prayer by W. Calvert: “Each day as we rise/ Lord we know all too well/ We face only one thing – a pit filled with Hell./To scratch out a living the best that we can/ But deep in the heart/ Lies the soul of a man.” 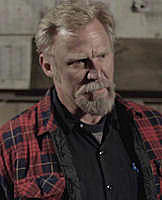 Then we hear the thundering, cacophonous mechanical grinding of the underground continuous mining machine. The men are bent over, sloshing through a cold underground stream in a dark, low-ceilinged tunnel. They often work 6 days a week, 10-12 hours a day for around 60k (ABC News, 2010) a year, good money for a high school graduate who can start at over $20/hr.

But what happens when the miners see there is a potentially catastrophic problem? The men in “Mine 9” know that if they report the problem the mine will be shut down while repairs are made. That means the miners will be out of work for an extended time. “How will I feed my family?” one asks. Another says quietly that if he died his family would get the insurance money.

A vote is taken and only one, Zeke, played with power by Terry Serpico, votes against reporting the problem. So, the next day they all bravely trudge down into the cold, damp, dark mine with helmet lamps and nervous anxiety. It is also the first time one of the men’s sons joins them, and he is downright skittish.

Fabulous set design, cinematography, script, and editing with actual mine footage make this a participatory experience. Each actor leaps out with distinct character quirks, flaws, and strengths that worry, impress and inspire.

While “Mine 9” reveals how coal miner teams become a community and support each other through family birthdays and tragedies, the takeaway for me was the crucial importance of advocacy and pay stability. If workers value pay more than their lives, the coal companies are in deep trouble. In most cases it costs them way more to fix up a burned up, collapsed mine with possible legal fees for dead miners than fixing up the mine in the first place.

It’s hard to understand why anyone would aspire to working 2 or 3 miles deep in a risky, cold, dark environment in awkward, painful positions for hours at a time breathing in the air that will eventually result in black lung disease. Even though the pay sounds like a windfall to high school students, the run-down homes in miner towns belie an inescapable depression.

“Mine 9” is premiering in mining communities throughout the United States this month. It is an extraordinarily well-done film that gives us some understanding about the miners who devote themselves to others, whether its those on their team, their families, their community or to those in America who depend on coal-generated electricity.

But I can’t help but comment – I’d like to see these same teams hired up at the same pay or greater to be our workers in the renewable power industry. Their commitment to hard work for the sake of their families and America is unmatched, exemplary and they deserve more than a pit filled with Hell. 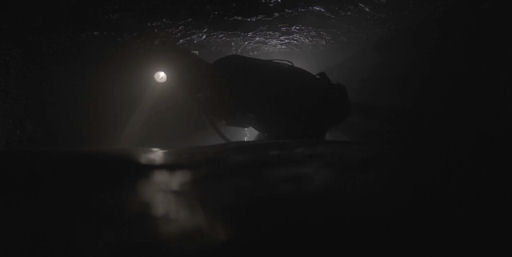