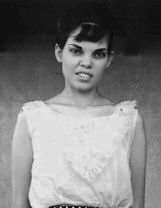 This is a documentary about Vivian, the first wife of Johnny Cash, created by her children. “My Darling Vivian” rounds out the nature of Cash, first depicted in “Walk the Line,” as a world-famous singer with regrets over the family he betrayed. A masterful documentary, this film reveals something more. A most revealing aspect of Cash and the possible foundational reason he struggled so greatly in life is simply told through a childhood memory his four daughters recall.

Their dad liked to bring home animals. He brought a parrot, a rascal monkey and a dog. Perhaps these beings were things that could entertain his four little girls and wife during his long music tours. One day, after successively longer absences, he brought them a darling black and white furry goat. The girls loved Billy, especially the youngest, Tara (also the co-producer of this film), who made the cute goat her own special friend.

After a little more than a month of the girls bonding with the goat, Johnny brought a group of friends over for a barbeque. Despite the anguished protests of his daughters, the goat was slaughtered and served. That story pretty much sums up what it was like to have a father who came home, sometimes after a year or more, lavished attention on his girls, and then did what he wanted no matter who got hurt.

This little story also sums up Cash’s sad marriage with their mother, Vivian, who had his four daughters in six years. Cash was there for the birth of the first and 6 weeks later Vivian was pregnant with the second. When the last girl was born Cash left on the road and two weeks later Vivian was expected to manage a move all by herself into a new house. The house was isolated up in hills that teemed with rattlesnakes and tarantulas. The girls remember their mother shooting a long snake blocking the way to their garage 15 times until it stopped moving.

Johnny Cash, on the road, quickly became addicted to drugs, women and fame. It’s a story to sob over, and I did because it is also a story about how life used to be for women, who looked to their partner as a God-figure and meter of their own self-worth. After humiliation and abandonment, Vivian finally pulls herself up and files for divorce in one last flag-waving attempt to get Cash’s attention, which of course back-fires as he moves ever-closer to June Carter, his next wife.

After the movie “Walk the Line,” and after both Cash and his second wife have passed, his daughters are setting the record straight. All four, interviewed in separate locations, tell the story of Cash’s first wife, their mother, who has been ignored and mis-characterized through time. She was a pretty young girl who faithfully loved her man. She kept over 1,000 letters, most from Cash’s years in the army before their engagement, in a chest. She had told her girls that her happiest years were the ones when they were poor and Cash had yet became famous.

Released Dec. 8 and produced by Dustin Tittle, Vivian and Johnny Cash’s grandson, “My Darling Vivian,” is full of home videos and family interviews. It is a soul-searching, necessary film for Cash fans who have followed his struggles and successes through time. “My Darling Vivian,” a loving portrait of a mother who had her own challenges and darkness, can be seen on Apple TV (iTunes), Amazon, Vudu, FandangoNOW, Xbox, and DVD.