A forgotten town in upstate New York gets a chance at the big time that would be the envy of city fathers across America. Long in the shadow of New York City, with the glitz and glamour of Broadway beaming almost to Poughkeepsie, the Narrowsburg Film Festival of 1999 was building. At the helm were Richard C. and Jocelyne Castellano and Richard was just off the set of “Analyze This” with Robert De Niro. Anybody with that kind of cred has got to be the real deal.

No doubt, its New York City premier at this year’s DOC NYC will include folks who remember those days. There was an acting studio and a film photographed and produced in the streets of Narrowsburg. The excerpts from the film are remarkable, if not in a way that would get it released to actual commercial theatres. Then, maintaining the virtual momentum, came the film festival itself. Although the Castellanos’ empire turned out to have more in common with the Music Man than Horatio Alger, the twists and turns made an experience the locals will never forget.

The movie begins with a precious clip from French film pioneer Marie-Georges-Jean Melies, who delighted in using the medium to show the impossible. Passive about the serious dramatic possibilities of movies, he entertained by removing and juggling his head on film. This is a tip-off of what is to come, but only the tip of the iceberg in this Hollywood saga.

Nobody loses their head in the stranger-than-fiction documentary by Martha Shane. Well, maybe figuratively. As Richard hands out acting roles like boxes of popcorn, he collects investment dollars faster than Zero Mostel in “The Producers.” The resulting movie is clips from old films, with the streets of Narrowsburg and its trove of new-found acting talent curiously absent. As it turns out, even Richard was absent, attending to urgent business elsewhere, while the town fathers heated the tar and gathered the feathers.

Richard never pretended to be the business brains of the family. He was the artist, but money was nothing new to his wife Jocelyne. A self-described descendent of the Hapsburgs, California film executive and sophisticated citizen of France, South Africa and, well, Hollywood, she had what it took. Leveraging her notoriety at Narrowsburg, she would go on invent creative financing at the Queens’ Film Festival and, eventually, be inspired by federal authorities to take her talents to Madagascar.

Perhaps just by coincidence, David Mamet’s classic “State and Main” would be released the next year to rave reviews. Although the people of Narrowsburg might not have been in a laughing mood at the time, after the dust settled and Richard was working on his next project in an all-expenses-paid state institution, they began to see the silver lining.

This is a rags-to-riches story that some might say ended in more rags than riches. Narrowsburg is mixed in its opinions. Some bad experiences turn out to be OK in the end. See this remarkable story and decide for yourself. 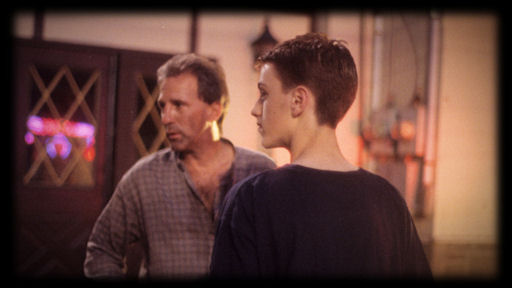