Review: Night of the Kings

In a prison run by the inmates a newcomer seems destined to hold a special place in the hierarchy. However, there is a catch. Under the red moon he must tell stories until dawn or be hung by a most uninviting meat hook suspended above a concrete staircase. Scheherazade, welcome to Ivory Coast.

A thousand and one nights is a long way down the road. It will be all Roman (Kone Bakary) can do to make it through the first one. The film opens with the young man riding on the back of a pickup truck through the countryside. No handcuffs, at least not in the frame, no guards or guns until arrival at the prison. This is no prison bus with shackled shuffling deadbeats bowing defeated before the hoots and howls of bullying inmates. It is the virgin with a rap sheet. The fish of the immaculate conception.

Blackbeard, the inmate chief and the head of the prison, is a mountain of a man who knows his time has come. He must pass the baton to the newbie, whom he names Roman, to save his own honor and fulfill his pledge as the chief. If the new prisoner fails in his story-telling mandate, Blackbeard must kill him savagely and then Backbeard himself must suffer the dishonor and humiliation of having failed in his final task. He will not die peacefully or honorably.

Surrounded by Silence, Lass, Half-Mad, Razor Blade, Sexy, a male prisoner in a leopard print dress and a hundred other gyrating, chanting, writhing, bulging-eyeballed, spasm-muscled, rag-dressed societal rejects, Roman climbs up on a rickety box and begins the story of Zama King. Zama, a child soldier who grew to become the leader of the murderous Microbes street gang, is the product of the vicious 2010-2011 civil war. Following on the heels of that, the Ebola epidemic raked West Africa. In his story Zama is God the Savior, locusts and poison miasma and the dogs of war all in one. Forces that we let loose and then cannot control.

As the camera flashes from destitute inmate to fevered dervish and back to the understandably worried Roman, the young man struggles to tell just enough but not too much as to run out of story too quickly. As we know, the story has not all been told, yet, and perhaps never will be. Ivory Coast has passed the scepter of leadership after an unbelievably bloody war and a brutally unforgiving virus and they are hardly out of the woods yet. Their prison has been run by inmates for years already and the cost of failure to lead, for Zama, was public dismemberment via mob rule.

Ivorian director Philippe Lacote’s tale of fabulist realism takes full advantage of the film medium, shifting from the natural beauty outside the prison to the dear-death ponderings of Blackbeard to the back-stabbing conspiring of his lieutenants. The prison itself vibrates from the realism of rows of prison cells to hotel suits that appear to have housed the devil himself. There are no physical restraints, doors are wide open, as the camera shifts from darkened, harsh-shadowed claustrophobic cleft to cleft. The inmates stay because there is no place for them anywhere else.

The population makes failed appeals, with the camera lens burrowing into the brains of the protagonists, while those really in control are thousands of miles away in mind or in body. Like Zama the magician, refugees attempting to escape to the West are frozen in time and pulled back by faceless spirits of governing laws that not even leaders understand.

The Ivorian entry for the 93rd USA Academy Awards tells a story as it issues a plea. Even if Roman lasts through the night there is no guarantee he will rule the next day. 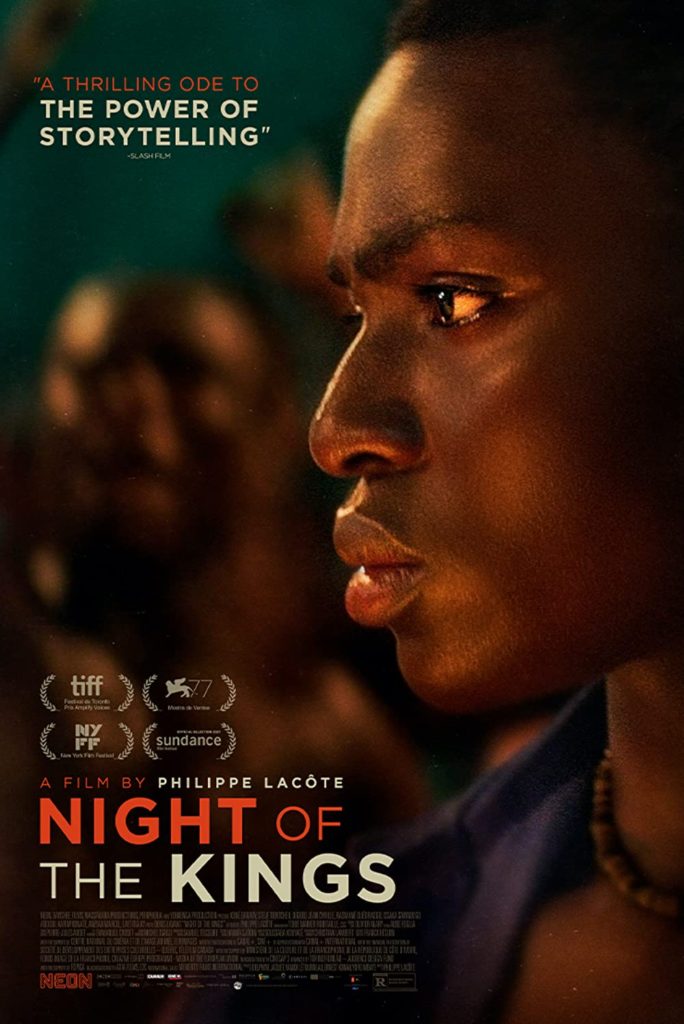