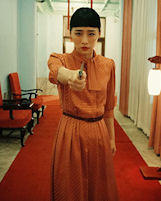 The film medium is made for that marvelous merging of dreams and life. The ultimate dream for some, the dream of fame and fortune, awaits those who reach stardom. The trick is to achieve that pinnacle of success and keep one’s sanity, or one’s soul if you will. On another level, maintaining the dreams and avoiding the nightmares is a measure of success. We all live in a dream, or a nightmare, to some degree. The difference is that some of us know the waking state from the illusion and some do not. Some of those who do wish they did not.

Nina Wu is the latest me-too persona and the lead in this film. Although she carries the entire movie, her performance transcends the act of sexual assault shown graphically in the film. There will be a tendency to stereotype her as a female oppressed under the thumb of deranged and evil male power figures, although the story goes well beyond that. This is a cautionary tale of awareness of what one wishes for and blaming the victim told on multiple levels.

Ke-Xi Wu plays actress Nina Wu with scintillating fervor and non-stop hyper-emotion. Her director screaming obscenities at her and forcing her to scream obscenities back is just the beginning. Becoming a star after being blown up in an illegal scene aboard an explosive filled boat she may, or may not, fall victim to a truly deranged producer bent on driving her insane with humiliation. As the timeline shifts back and forth between flashbacks and the present, dreams and reality, Nina truly is losing her mind.

If this is the price of success, there are further debts to be paid as she is denounced three times for nothing. Forced to act like a dog to win an audition to become a star, her dog is killed to harass her into paying her father’s debt. Later, she is assaulted by the competitor (played in spades by a seething Kimi Hsia) beat for the part that made her an icon. Lastly, she is knocked down into the dirt by a mysterious costumed parade appearing out of nowhere as they label her a bad spirit.

If that is not bad enough, she is forced to separate from her lover Kiki (Vivian Sung) to protect Kiki’s poverty-stricken survival as a children’s theatre performer and schoolteacher.

All this happens because she has lived a dream, paid her dues and become a success. On one level, that is true and on another level she has already sold out. In making her smash hit of a movie, her oft-repeated line of “I can’t take it anymore!” may be a statement of her present condition and not a line in any movie at all, given that half of the screenplay seems real and half may be complete delusion.

Dynamic cinematography takes us from ground level bestiality to sky hook shots of Hollywood quality extravagant fantasy. The red hot hell of the fat melting machine in the radiation room where Nina is maintained in star shape morphs into a totally exposed exterior with countless strangers staring in condemnation and disavowal. Either way, Nina has nothing to look at except the camera lens, adoring and eviscerating at the same time. 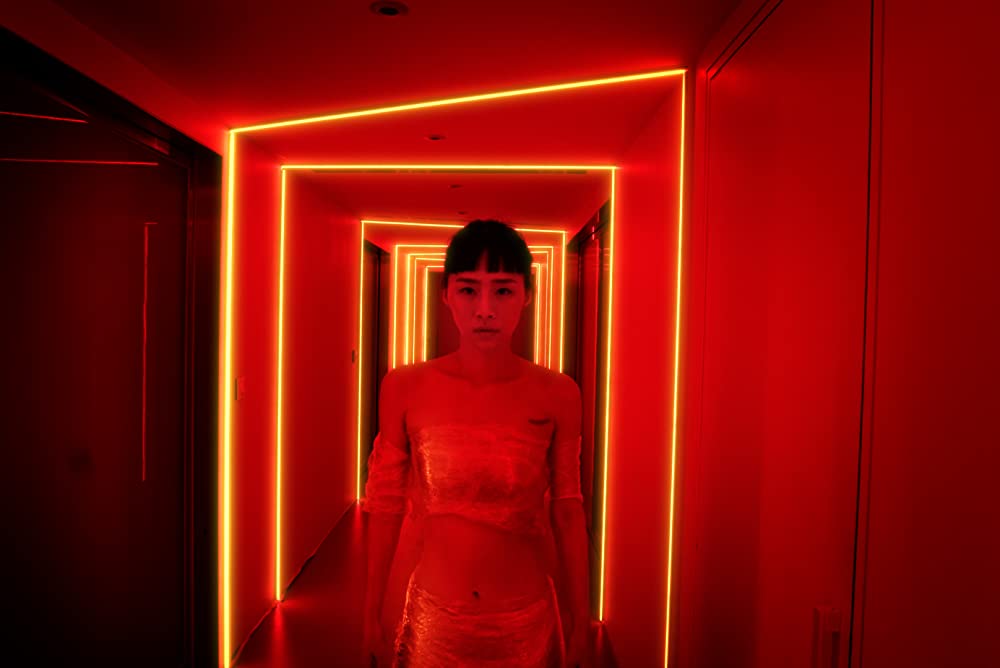