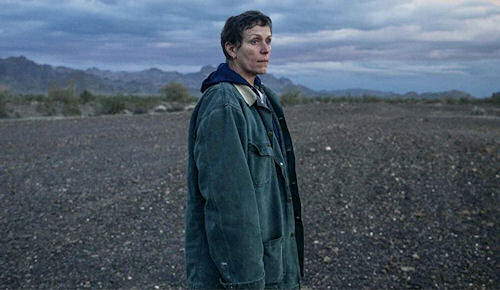 “Nomadland” is a minimalist presentation with no plot. What is boring is good, what is beautiful is barren, and what is desired is almost nothing. Is this Buddha in America?

Of the more than 50 movies I chose to see for the 2020 film season, “Nomadland” was the most boring and the least satisfying. So, why has it been winning awards and why is it nominated as Best Film for the Academy Awards?

I rarely write a cutting review because I don’t want to waste my time watching something I don’t like. But I was watching with a friend who was inexplicably drawn in by the barren landscapes and the barren life. Apparently my friend and institutions like the Golden Globe, disagree with my negative assessment.

“Nomadland” started winning accolades right at the gate when it premiered in September at the Venice Film Festival. There it won the Golden Lion. It also won the People’s Choice Award at the Toronto International Film Festival. But what possible value does a film about living in complete retreat contribute?

Have we become so overwhelmed by daily news stories of rage, tragedy, and ineptness in the nation and world that all we can do is beg for relief, suspension from responsibility, and retreat? Do we long for boredom? Are we tired of caring? Are we shell-shocked? Have we succumbed to PTSD as a nation?

Is there really instructional value in a film where withdrawal from the world is more valued than engagement? Leaving those who care about her to live alone out of a truck engaging in menial, part-time work is what Fern (played by a detached Frances McDormand) insists on doing.

McDormand’s acting is by necessity bland. Not much emotion or theatrical effort is required. As a matter of fact, just the opposite. She is called to simply walk through the minimal dialogue and action, with a slight wry expression here and there. So why the Oscar nomination for Best Actress?

The film might be a nod to Freedom and shedding the encumbrance of worldly responsibility, but the ironically self-obsessed film, devoid of the connections and passions to relationships and purpose, leaves me unimpressed. 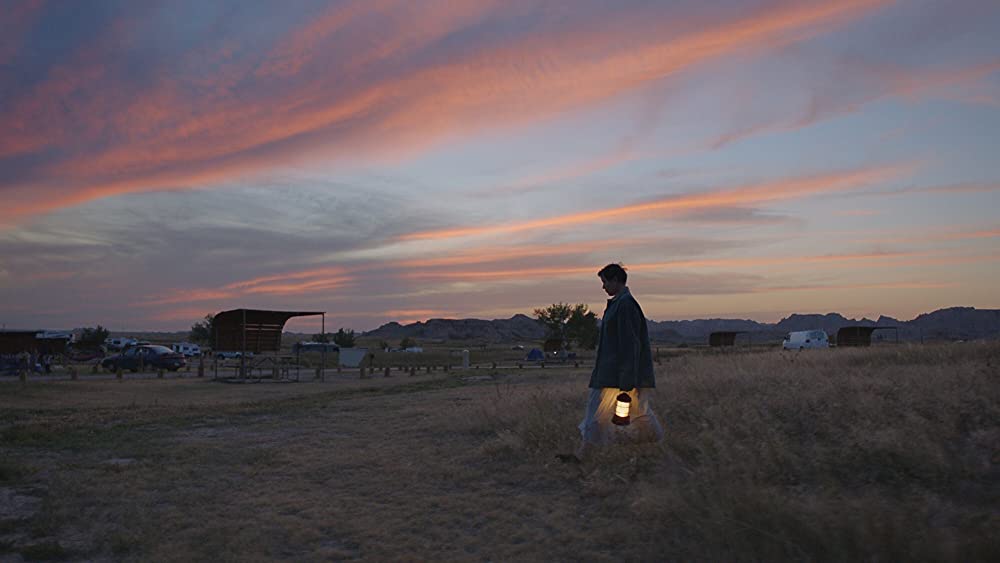