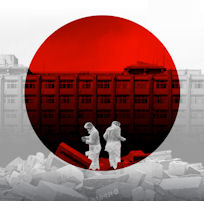 After a sequence of electrical and mechanical failures stemming from the March 11, 2011, earthquake and subsequent tsunami that smashed into the Fukushima prefecture on Japan’s East coast, the Fukushima Daiichi nuclear power plant reactor containment vessels exploded, blanketing the area in radioactive debris.

“Nuclear Nation” is the latest documentary covering the worst atomic power disaster in history. The story is written, narrated and filmed exclusively from the point of view of the survivors of the tsunami and the subsequent reactor vessel explosions. It changes every day and yet somehow stays the same.

The huge atomic power complex was built to serve Tokyo, which soaked up its priceless electricity like a sponge. However, when disaster struck it was the residents of Futaba, Fukushima who lost everything. They lost homes, friends, families, traditions, social networks. Worst of all, they lost their standing in Japanese society. They have become outcasts, pariahs and refugees in their own country. Top Japanese officials seem dedicated to the preservation and strengthening of the denial that they exist. The devastation experienced by Futaba, dead livestock left to rot, crops abandoned, homes and businesses destroyed, was infinitely worse than anything reported by the newspapers. The survivors have become an inconvenient truth that the government wants to cover up.

Atsushi Funahashi’s minimalist documentary tells the Futaba story exclusively in the words of its former residents. There is no question/answer format, no outside narration and almost no written pro-log or coda. The residents describe the government’s initial reactions that soon dissolved into a morass of denial hidden behind disgraceful red tape and bureaucratic evasions. Some of these former Futaba residents have given up and moved away. Others are still waiting for damages to be paid by the government. The last word from the government is that the area will not be safe to live in until 2016. As the area’s occupants understand better than anyone, there is no guarantee, whatsoever, that those words mean any more than the desolate odor of concrete dust and the stench of rotting flesh blowing in the wind.

The failure of this film and the reason it will not have the impact it could, and should, have in America is its lack of interpretation. Expressing views of transparent truth, the extreme minimalist style of the movie leaves too begging to be told. 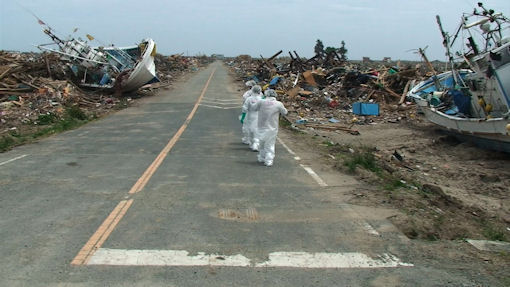 What we learn from the film is a retelling of the classic story of the American mill town. The large corporation comes to the working class village and turns it into a modern city. When the Tokyo Electric Power Company (TEPCO) came to Futaba in the 1960s, the village went from borderline poverty to Modern Japanese poster child. Overnight, TEPCO money built a new train station, city hall, community center, library and other splashy buildings. It also strengthened the city infrastructure and encouraged in-migration. Little did the people in the city understand that they were striking a Faustian bargain with nuclear power. They were led to understand, as we are all led to understand, that nuclear power is safe. We are told the plants are protected against all hazards. What we are not told is what happens when the hazard occurs that causes the failure of the plant.

There was a commitment to build and operate the plants safely, but there was no commitment as to what would happen if they failed. A valuable story, but one that we already knew. What this film lacks is narrative that fills in the blanks. The firsthand accounts of the survivors are priceless, but there is a lot of power that is left on the table by not explaining why and how the plants ended up in Futaba, and how much worse the disaster could have been. Of six reactors, Daiichi plants 1, 2 and 3 suffered meltdowns and all three exploded or ruptured their containment vessels, resulting in radiation spewing around the world. What is not widely known is that plants 4, 5 and 6 were already shut down for maintenance. What would have happened if all six had been operating?

Another question revolves around the effect of political uncertainty on the safety and security of populations in nuclear zones. Japan was a peaceful, wealthy and thriving country taking the car industry away from America at the time of the construction of the plants. In the present environment, the fates of a few thousand citizens must be considered in the context of conflict with China, a failed solar power initiative meant to replace nuclear power and last year’s political scandals. As politics change, the safety and security of exposed citizens changes as well. This is something America and all developed countries need to consider.

The New York Times story of Oct. 2, 2013, says it all. “Japan’s Nuclear Refugees, Still Stuck in Limbo.” “Two and a half years after the plant belched plumes of radioactive materials over northeast Japan, the almost 83,000 nuclear refugees evacuated from the worst-hit areas are still unable to go home. Some have moved on, reluctantly, but tens of thousands remain in a legal and emotional limbo while the government holds out hope that they can one day return.”

A good film, “Nuclear Nation” fails to be first rate because it says too little. Other films will follow. 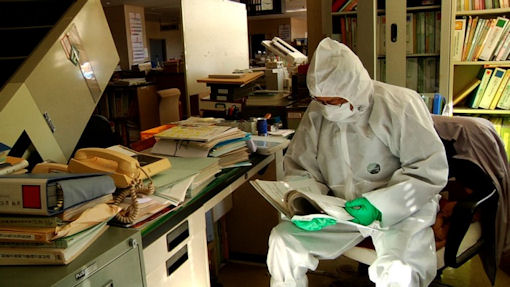