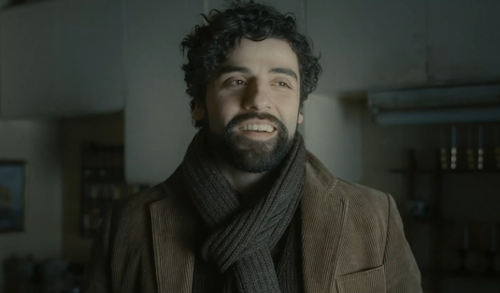 Strange and whacky, yes, but the Coen Brother’s latest movie falls short of the mark set by their previous pieces, especially the similar “O Brother Where Art Thou.” Attempting to create the strange, offbeat and wonderful aura of the mythological search of “O Brother,” the Coens could not put together the cast, crew and music to make it happen.

Oscar Isaac does a yeoman like job of playing 1961 folk revival singer/songwriter Llewyn Davis. It is not his fault there is no story behind the man. The music is, well, folk music, which was boring even when a few tunes made the hit lists in the 60’s and 70’s and is a good deal more boring today. It was slow and tedious back then and it is slow and tedious in this film.

The word on the streets is that the trio in the film is supposed to represent the smash folk act Peter, Paul and Mary. They perform “500 Miles” which was featured on their number one hit debut album in 1962. In retrospect, ninety percent of the people who enjoyed the song at the time have become thoroughly sickened of it, after hearing it 5,000 times in the last fifty years. It was none too stimulating at the time and now it is unlistenable.

Justin Timberlake plays one of the three members of the group and lead actor Carey Mulligan plays the female singer. Those who like Timberlake might get some weird thrill out of seeing him perform as a 1961 folk singer. Those who consider him to be yet another commercial, marginally talented product of the establishment will remember that same quality in the Peter, Paul and Mary act. It is not clear what there is to enjoy in that story or in similar sub-plots of this film. Perhaps the Coens are having yet another inside joke as they represent an historic superficial folk act through the modern, equally superficial, pop star. 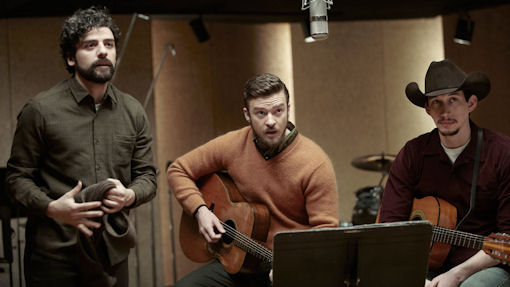 It is also said that Davis’ character is a reference to Dave Van Ronk, the “Mayor of MacDougal Street” in the yeasty folk revival scene of New York’s 1960’s Greenwich Village. Van Ronk, said to be a mentor/inspiration for legends such as Joni Mitchell and Bob Dylan, died in relative obscurity. His followers consider him a great artist, but those who were left uninspired by the so-called folk revival never missed him. If he mentored Joni Mitchell and Bob Dylan, they definitely picked up a few things from others that were not part of Van Ronk’s persona as shown in this film.

John Goodman is great as a composite junkie jazz musician who is seeing his audience dwindle as less skilled pop / folk singers steal the limelight. His character is derived from the likes of Doc Pomus, who sang blues in the 1940s, and other old school troubadours who devoted their lives to learning the intricacies of jazz construction. His character recalls his outstanding performance in “O Brother” as the monstrous Big Dan Teague who takes advantage of the pilgrims and leaves them stranded. Unfortunately, as in all the character developments in this screenplay, his character of Roland Turner is shallow and stereotypical.

F. Murray Abraham almost steals the show as the mythological promoter Bud Grossman. As the story goes, Grossman is the pot of gold at the end of the rainbow for Davis. After having several near-death experiences getting to Grossman, most of which he creates for himself through inexplicable fecklessness, in the middle of what appears to be one of the worst Chicago winters on record, the meeting is, well, funny. No spoilers here, but this type of humor, which pervaded “O Brother” is sadly lacking in this film.

Coen fanatics, see this film immediately; you will have to see it sooner or later. Others, if you have not seen “O Brother,” see it on Netflix and give this flick a miss. 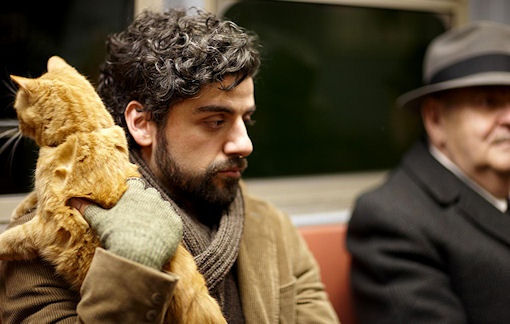