Review: Of Fathers and Sons

This is one of those documentaries that defies explanation. It is impossible to understand how a filmmaker could have gained the trust and access required to interview a man raising a family to fight for a Syrian caliphate. 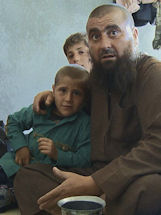 Director Talal Derki knew he was taking a lethal risk when he told the Taliban he was a sympathetic voice. Lucky for him, it worked, and he was not killed. Gaining access to Abu Osama’s household, he witnesses Osama’s home town in Syria and its daily routine of bombs, artillery and rifle fire. Osama himself, founding member of Al-Nusra, Syrian Al-Qaeda, part time sniper, part time land mine remover and part time father, shoots a man on a motorcycle and loses a leg to a land mine. Shortly after the film opened, winning the World Cinema Grand Jury Prize at Sundance, Osama was killed defusing a car bomb.

After his first documentary, “Return to Homs,” Derki wanted to know more. He used his contacts to request permission to live with Osama, his two wives and twelve children as the Al-Qaeda leader fought for an Islamic state and raised his boys to do the same. The terribly disturbing part is that Osama is not a raving lunatic. He is a rational, loving father, totally focused on fighting a war that shows no prospects of ever ending.

He fights the war every day, whether manning his local sniper position, or clearing land mines from the area, while raising a family, teaching his kids to shoot, and, after losing most of his leg, removing the TNT from anti-personnel bombs to sell. He removes the TNT in his living room, with his kids, like building a Lego model. As his older boys grow to puberty, they take part in neighborhood military training, like the Boy Scouts only with live fire. At the end of the film, they are off to boot camp where they soon become full-fledged soldiers.

More than the story of a man, this is the story of institutionalized war. Osama describes his town as “being torn apart” by war. The conclusion he draws from this is not to leave Syria, like the film maker Derki, but to raise and train his family to fight, and die, long after he is gone. Teaching children daily that their purpose and existence is to kill others or be killed and equipping them with the guns and knowledge to live that life, is a life style that cannot help but make the viewer think. It is a mark of the dedication of the director that he brings this story to the world.

Interspersed with the killing, bombs and shelling is the father playing, and loving, his youngest son. This father is sending those dearest and closest to him to die for a cause and, consciously or not, ensuring that the conflict will live on the years, or decades, to come. Yes, this is something others have done before him but the vital message is that this is not a war of today and tomorrow. This is a war of generations that will not end unless the world makes it end.

It may be too late for Osama’s children, but stopping this madness now is the only way to save the next generation. 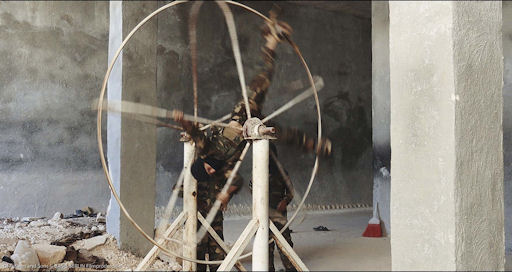