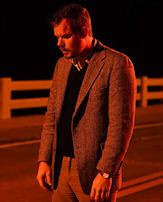 A woman, obviously in distress and emotionally fragile, speaks to us. She tells us of her fears, her nightmares, and how she has sought freedom from them. She was told of a place where she could be free, but it was false. Wherever she went, her fears followed. So, she had decided to accept those fears as part of her life, as something to accommodate. “Something to welcome with open arms – just like an old friend.” Then she screams in terror.

The next thing we know, Marie (Jocelin Donahue – “Doctor Sleep”) and George (Joe Swanberg – “The Rental”) are driving from New York to Lone Pine Island, a barrier island that is isolated from the mainland outside of the tourist season. We are told this by the bridge tender (Richard Brake – “31”), who grudgingly allows them onto the island, but warns them that total isolation will begin the next day when the bridge goes up for good.

So begins “Offseason.” This is a low budget tale, but eerie and well acted. The lack of resources occasionally shows; nevertheless, it is an enjoyable outing from writer/director Mickey Keating (“Pod”).

Once on the island, the usual horror tropes are all present: ground fog, a cemetery, a feeling of isolation, the couple losing each other when they should be easily found, lurking figures, empty streets, a gathering spot with creepy island residents, the one person willing to help the increasingly alarmed couple, etc. There’s nothing wrong with that; in fact, they are expected. After all, cliches exist because they serve a useful purpose.

There is clearly history between Marie and George, although it is never really elaborated. Some of events leading to the present are exposed in flashbacks. Her mother, Ava (Melora Walters – “Hard Luck Love Song”), had fled the island to become an actress, and, nearing death, she warned Marie about the island. Despite that she was interred there, and the desecration of her mother’s grave is what brought Marie to Lone Pine in the off season.

Photography is appropriately mystical (and misty) with few cheap “jump” shots. Much is made of the oceanscape and the tropical woods where danger lurks, as well as the claustrophobic sense inside the island’s buildings.

The acting is strong, especially that of Marie, Ava, and the bridge keeper. However, the dialogue is sparse – too sparse. It’s difficult for an audience to form an attachment to characters when you know almost nothing about them, and they reveal so little of their character. The music enhances the sense of foreboding instead of intruding, as is so often the case in low-budget thrillers. There is also a sense of nostalgia, of times past (or being caught in the past) due to the use of “big band” performances evocative of the final scene in “The Shining.” Kudos to the director for this. Even the surname of the protagonist and her actress mother, “Aldrich,” brings to mind Robert Aldrich and his noir films of people trapped in their pasts: “Whatever Happened to Baby Jane” and “Hush, Hush Sweet Charlotte.”

One point in closing: The story owes a great deal to the writings of H.P. Lovecraft, even to the point of visualizing the Mythos’ eponymous member. A screenwriter should always give the “Gentleman from Providence” his due, especially in the credits. Otherwise, one might be cursed to spend his own “Offseason” with those creations. 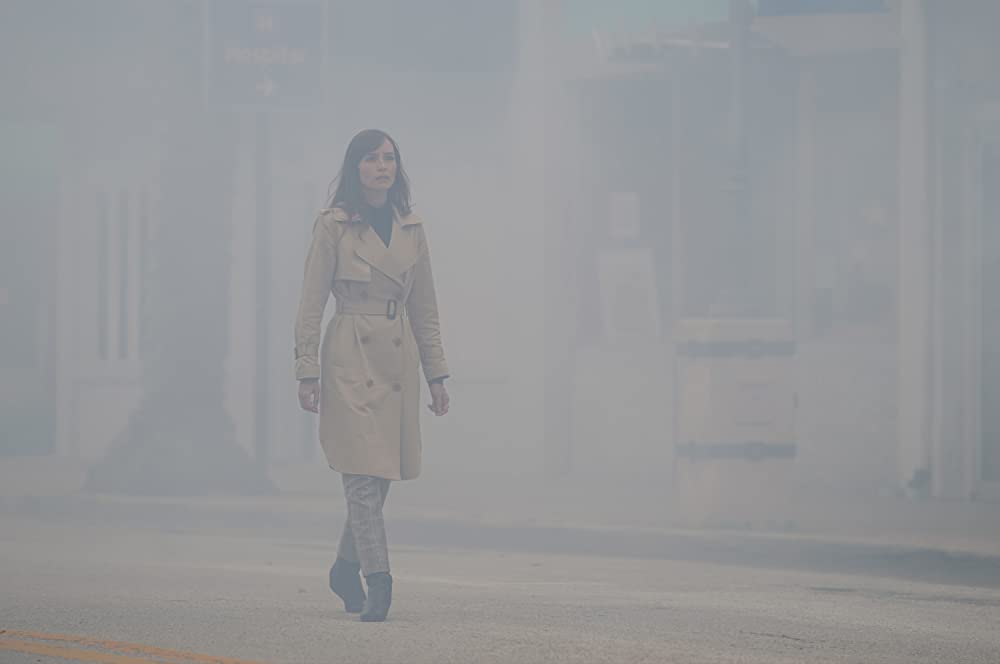