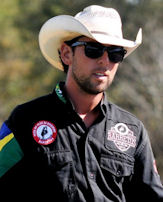 Aspirational dreams. We all have them. Some of us actually achieve them; many of us do not. “The Long Rider” is the story of a young man, born in Brazil but raised in Canada, whose dream was to ride a horse from Canada, down through North, Central, and into South America, returning to the place of his birth in Brazil.

We are introduced to Filipe Leite with the sound of horse’s hooves clip-clopping and the words of Swiss author and adventurer, Aimé Félix Tschiffely (1895-1954):

“Eventually there is only one thing to do: screw up my courage, burn all the bridges behind me, and start a new life, no matter whither it might lead.
Convinced that he who has not lived dangerously, has never taste[d] the salt of life, one day I decided to take the plunge.”

Tschiffely is Leite’s hero. The book, “Tschiffely’s Ride” written by the Swiss adventurer in 1933, is the young man’s inspiration. Tschiffely was a “long rider,” someone who makes a trek on horseback of at least 1000 miles. In Tschiffely’s case, it was a ride from Buenos Aires, Argentina, to New York, between 1925 and 1928.

Leite was raised around horses in a small town in the state of Sao’ Paulo, Brazil. But when he was nine his family emigrated to Toronto, Canada for work. Gone were the horses.

Then, 10 years later, his family was forced to move back to Brazil, leaving Filipe behind. In the few years that followed, influenced by Tschiffely’s feat, he developed his own wanderlust and, after two years of preparation, left on his adventure. His departure point was a rousing send-off from the Calgary Stampede, the largest rodeo in Canada, held in Calgary, Alberta.

Director/producer Sean Cisterna (“From the Vine”) has woven extensive interviews with Filipe, his mother and father, his girlfriends, people Filipe met along the ride, and CuChullaine O’Reilly, founder of The Long Riders’ Guild, into an exciting tale of adventure. O’Reilly in particular, gives us the broader perspective as to what it means to be a long rider, and how such an experience forms a bond between horse and rider that no other situation can. This is seen again and again as Filipe lavishes attention on each of the magnificent animals who are full partners in the expedition.

There are many adventures depicted along the two year journey: horse injuries, extreme weather, crossing unfriendly borders, interactions with drug cartel members, and more. There is emotion: fear, tears, joy, thanks. And there is beauty: the wide skies, the impressive, sometimes harsh countryside captured by Filipe and his camera crew.

As long rider Oscar Wilde (surprise! — he rode through Greece and into Olympia in 1890) said, “The only true way, you know, to see a country is to ride on horseback.”

In the concluding credits, special thanks is given to the horses: Frenchie, Bruiser, Dude, Texas, Life, Doll, Andariega, Caltiva, Pablo Picasso, Sapito Gonzales, Mac and Smokey. 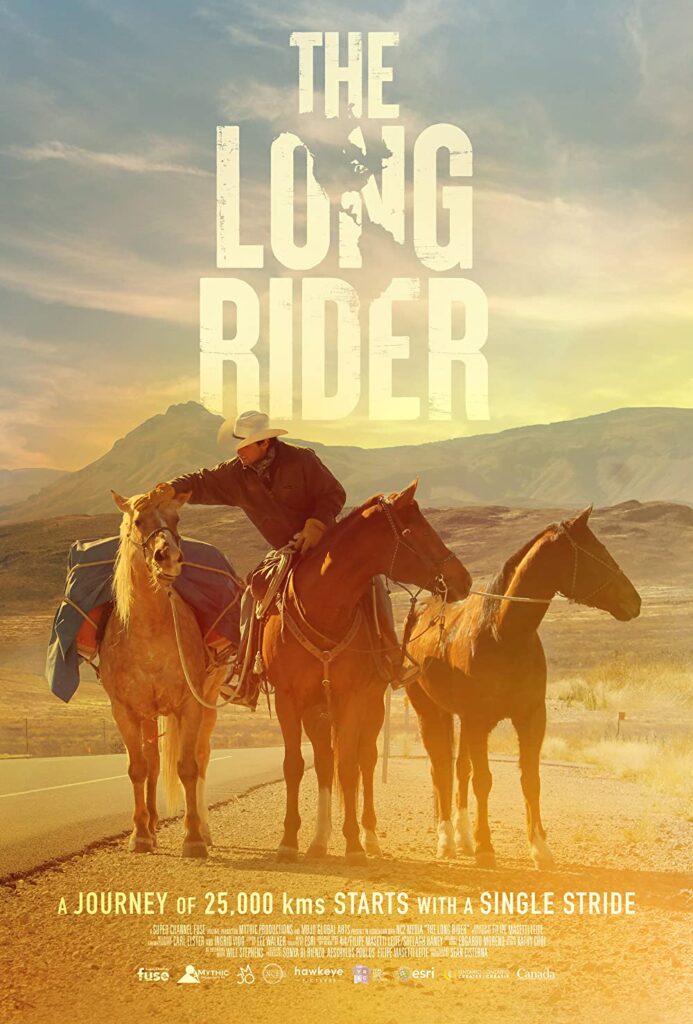