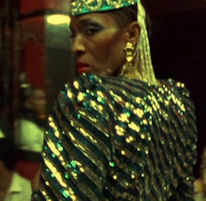 Having barely recovered from the 1970s, New York City lurched into the 1980s with restored wealth and confidence, for most of the population. For those outside the nine-to-five club, it was business as usual; eat when and where possible, hustle to make the rent, deal with the drug dealers and try to maintain relationships. Belonging is the hard thing. Without a job, a family or a tribe, the city is a bad place to be.

Harder for some than others, and for Harlem’s African American and Latinx drag crew it was almost impossibly hard. Having talent by the truck loads, dreams to fill the Titanic and not enough money to fill a teacup, what is one to do? If one cannot go to the party, make one of one’s own. And make it a big one.

This touching and powerful restoration of a well-kept secret heads back to the theatres nearly 30 years after its original release. Supervised by director Jennie Livingston, this intimate look inside a world unto itself reverberates with last year’s blockbuster book “The House of Impossible Beauties.” The book describes, in heart-breaking detail, the incredible struggle of a group of people to define who they are and, against all odds, make decent lives for themselves.

The book and the film both center, approximately, on the House of Extravaganza formed by drag queens in the midst of nearly universal condemnation and victimization in New York. Living in groups was, and is, common in the most expensive city in the USA. It was the naming of the “houses,” refuges of those whose sexual orientation barred almost every door, and the creation of informal but tightly binding agreements of leadership and governance that saved the occupants from destruction. The leadership was the “house mother” and part and parcel of the governance was the group effort to compete in balls.

The Harlem drag ball scene of 1980s was as vital, yeasty and creative as any show on earth. Rival fashion houses organized fierce contests for trophies in dozens of categories. If you could name a look, you could compete in it. There were almost no rules and trouble was expected, almost encouraged. These were growing pains of a movement demanding a place for itself, refusing to become fodder for bullies, psychos and exploiting corporations and fighting for self-actualization in a country wrapped up in Reaganomics money-speak.

The book is able to go into much more detail than the film. Read the book before seeing the movie. The movie is more about the balls and the physical manifestations of the drag queen world. The book is able to dig deeper into the hopes, dreams and simple logic of people with a very different lifestyle. The understanding of the psychological context of the subjects puts the film into more powerful perspective. The balls were not hobbies or public service projects, they were a survival mechanism. The question is, do we need such a survival mechanism now? Not just for a minority segment of society, but for us all. 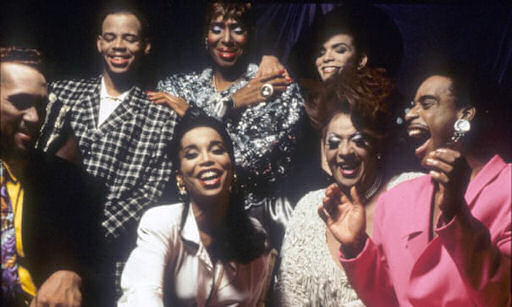