Review: The Quiet One 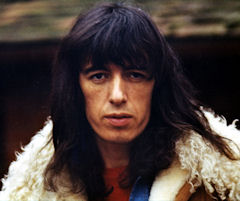 While “Paint it Black” whips on in the background, Bill Wyman says, “If you do the right thing, you don’t get noticed. And that’s the way I play. It’s quite simple.” Wyman, bass player for the Rolling Stones from 1962 to 1993, was a quiet man who followed his passions: music, collecting, and beautiful women.

Interspersed with 46 music clips, archival footage and interviews, the editor of “The Quiet One,” Anne Perri, worked overtime. Wyman’s lifelong hobby has been collecting and he says that the way to know him is to examine what he has collected. So, filmmaker Oliver Murray, making his first feature film, had lots to items to work with, if he wished.

Though “The Quiet One” begins with the story of Wyman’s distant parents and loving grandmother, it is not a deeply introspective or insightful film on what makes Wyman tick. There are no revelations about his bandmates and no thoughtful reflections on what he finds meaningful in life. His collections, surprisingly only covered in a general way, include cameras, film reels, and photos. His second wife, whom he married after a 5-year affair when she turned 18 and he was 52, is a matter-of-fact mention, omitting all the troubles surrounding it.

The bio-doc shows Wyman as private and engrossed in his own distractions – like his collecting. He has a desk in the center of a vast vault of meticulously archived items in wooden drawers and shelves. It’s like stepping quietly into a studious cellar of an old museum that Indiana Jones would visit.

Two things did impress me in the film, when Murray was able to capture of a feeling of Wyman as more than a past Stone. First of all, his present wife and mother to his 3 children, is shown as a beautifully caring individual. Second, Wyman has deep humility. Sitting with Wyman while he tries to recount his meeting with Ray Charles, his wife, Suzanne Accosta, speaks for him when his tears bring him to silence. Together they tell about the time Wyman went to his favorite musician’s performance. Ray Charles had heard Wyman was in the audience and called him backstage. At their meeting, he asked Wyman if he would play on his next album. Wyman, speaking through his tears, explains that he told Ray Charles he was not good enough. 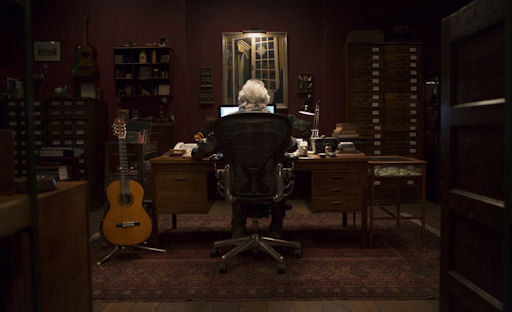 “The Quiet One” had its world premiere at the Tribeca Film Festival and will open on Friday, June 21 in New York City, LA, San Francisco, and Boston. It will be available on VOD on June 28.