The prison door closes and young, redheaded Rose, shackled to an ankle monitor, is free to pursue her dream. Despite living poor in Glasgow, Scotland and speaking with an often-indecipherable brogue, Rose wants to become a Nashville singing star. But her first spontaneous celebration upon release is to have sex in broad daylight for all to see in a park with a casual friend. Unabashed, she heads home, wearing her ever-present cowgirl boots, to knock on her mother’s door.

Being that Rose is also obsessive-compulsive when it comes to her perceived Nashville calling, she hasn’t really developed a relationship with her two children that her mother has been taking care of. No one behind the door is happy to greet her. Her children say nothing.

Rose stays so focused on her dream that it invades all parts of her being, despite stern reprimands from her mother and rejection from her children.

Jessie Buckley absolutely becomes Rose. She is a singer/actress from an all-girls convent school in Ireland where her mother is the vocal instructor. After graduating from The Royal Academy of Dramatic Art in London, she began her career as a singer/actress. Her voice has a spectrum of delivery, but is best in the a Capello numbers where the pure sweetness of her range is touched by sadness.

In great literature, whether “Peer Gynt,” “The Odyssey,” or “Hamlet,” there is a propelling call. It is at the core of human essence. How we go about responding to the call is our life’s journey and our success or failure in it becomes a measure of our life.

In “Wild Rose,” Rose must come to grips with her Nashville goal and her Glasgow circumstance. No one can tell her what to do. Like Gynt and Odysseus, she must experience the world beyond her home before she can truly define what home really means for her. It is only through experiencing other options that she can discern how she can realize her full calling.

“Wild Rose” is a catchy story you can’t leave, despite the problematic accent for American viewers. The first half of the film could be helped with subtitles, but the story and acting are so strong that the challenge is worth it. 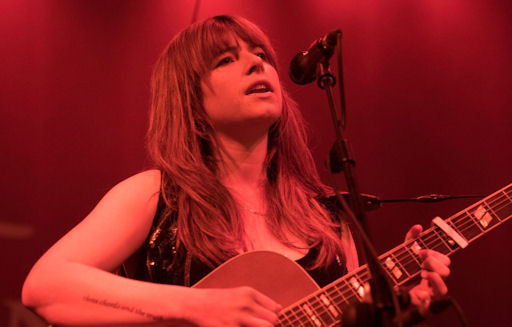 The US premiere of “Wild Rose” is June 21 in New York City and Los Angeles. June 28 “Wild Rose” will be expanding for wide release in major cities.