Review: We Believe in Dinosaurs 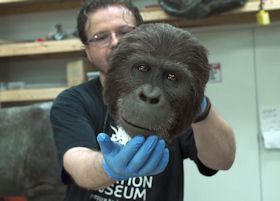 In 2016, a $120 million dollar replica of Noah’s ark was built in northern Kentucky. It’s a gorgeous creation reminiscent of an exhibit in a Disney theme park, with a series of realistic scenes lining the walkway inside the boat. There is the sinful sybaritic lifestyle leading up to the flood, men woodworking on the ark, Noah as a leader, and the many different animals, including dinosaurs, within their special cages.

Ken Ham is the mastermind behind this theme park that is devoted to biblical literalism. Literalists believe that if what’s written in the Book of Genesis is not absolutely the factual truth, then how can we believe anything else in the Bible? To accommodate dinosaur fossils, Ham posits the universe as approximately 6,000 years old, which of course bucks carbon dating and scientific evidence that the world and the universe are billions of years old.

He tells his audience that the next time someone counters that dinosaurs were here millions of years ago they must respond: “Were you there?”

The state that voted 63% for Trump and is the home of Mitch McConnel is free to develop whatever kind of theme park gets approval. Truth, facts, and realism have nothing to do with it. Check back to the Disney reference.

But the issue this documentary exposes is the use of tax dollars for a religious exposition. The company behind The Ark Encounter exclusively hires people of a specific Christian creationist belief system who sign a statement specifically denouncing homosexuality as a sin.

Should public money go to religious enterprises and oppositional opinions to the US Constitution? That’s the big issue here and the filmmakers reach to give both sides of the controversy.

In the end, this truly majestic ark with a companion museum 45 miles away just isn’t bringing in the tourist dollars projected. For a deeply depressed state and community, the promised boost for businesses looks like and smells like a Trojan horse for biblical literalists who embarrass the planet with falsehoods and defeat their own Christian marketing plan with opposition to the incontrovertible Christian message to Love Thy Neighbor.

“We Believe in Dinosaurs” gives the viewer an opportunity to observe a subculture of American culture and how minds can be so quickly and easily turned from facts, especially if there is a potential profit involved. Oh Noah, our times are not so far apart. 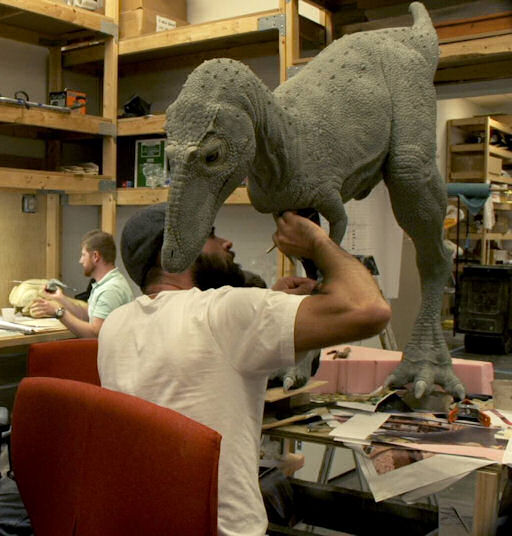 “We Believe in Dinosaurs” premieres at the American Film Institute 2019 Doc Festival on June 22 and 23.