Review: Reaching for the Stars (aka Sepidah)

So we finally have it in an innocent documentary about a young girl interested in astronomy. “If you do something wrong I’ll kill you. I swear to God. Whether it’s my own daughter or my sister’s. I mean it.”

Dialogues like this are just one reason for the importance of Human Rights Watch films. They unflinchingly expose the startling ugliness of a world caught in the tumult of power and passion. 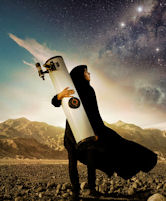 But you knew about this already? You were already aware of man’s injustice to man that causes his own suffering from reading Dostoevsky?

But is it enough to just be aware?

“Reaching for the Stars” starts with a 15 year-old girl’s somewhat compulsive interest in seeing stars through a telescope. She is the member of an astronomy club led by a teacher who seemingly can’t leave his home and join the group in observing the stars at night because he has to take care of his mother who suffers from dementia.

The club members are exhilarated over shooting starts and meteor showers, cheer at locating specific stars and build bonfires where the boys jump through the flames in joyful bounds.

Wherever she goes, Sepideh and her friends are dressed in purdah, where only their little heads, framed in hoods, stick out. They go to a girls’ school in Sa’adat Shahr, a small city 390 miles south of Tehran in Iran.

Sepideh’s idol is one of the first female astronomers, Anousheh Ansari, a multi-millionaire who paid to be on a space flight. Sepideh would like to be an astronaut as well.

However, another story weaves its way through Sepideh’s efforts to gain entrance to college and a degree in astronomy. It is her poverty. When she was around 12 years old her father died. His brothers, who were supposed to take care of his remaining wife and daughter, ignore the customary responsibility. How embarrassing to have this documented in what has become an award-winning film!

Sepideh’s mother has no job and is worried about how she will continue to support herself and her daughter. Her brother, who apparently has no role in financial support, comes to visit and offer familial advice. Though perhaps he cannot afford to help his sister’s family out with added income, he earnestly announces that he would surely kill her daughter if she trespassed against custom or got in trouble in any way.

Viewing the documentary through a westerner’s eyes, being confronted once again through film of this outrageous attitude toward women in the Muslim world in which I work each summer, I wonder what my responsibility is. For many Muslim men this announcement is a gesture of love and paternal guidance of a daughter as well as a declaration of a devotion to God and a stable culture.

Made through a Norwegian, Danish, German and Iranian consortium, “Search for the Stars” is a part of the Voices in Action: Human Rights on Film series playing at the Northwest Film Center in Portland, Oregon, on Nov. 2. 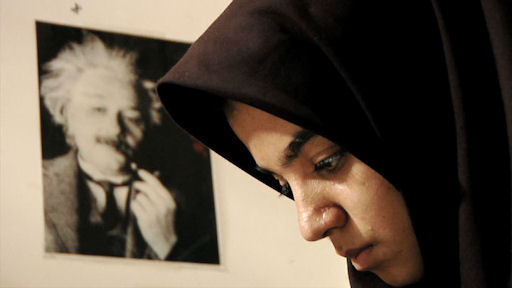