Review: Requiem for the American Dream 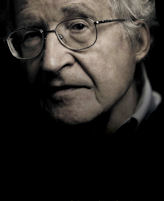 The Vicious Cycle versus the American Dream. Aristotle, James Madison, FDR, and Howard Zinn. An ominous title for an ominous time. Required reading for this year’s graduates. Free link at end.

Noam Chomsky, 88 years old at the time of the release of this film, is widely regarded as the most influential intellectual of our time. Filmed over four years, Chomsky’s major thoughts on democracy and financial inequality were compiled into this auspicious 2016 film, “Requiem for the American Dream.”

It is a dark film describing what the insecure but propertied rich do to perpetuate power and keep the disenfranchised distracted and marginalized. Aristotle and our founding fathers, especially James Madison, were worried. What if the electorate was not smart or moral enough to vote for the good of the majority? How can voters avoid being fooled into voting for a buffoon or a tyrant?

Thomas Jefferson was counting on education.

Noam Chomsky is counting on normal people organizing to demand their rights. That’s how women got the vote. That’s how Civil Rights became law.

Chomsky is the supreme voice of liberal ideology. He is pro-equality, pro-education, pro-human rights, and pro-thinking. He began his career as an MIT professor of linguistics where he branched into philosophy, history, and social activism. His mind works as a golden light for moral values and right action.

Like Bernie Sanders and Robert Reich, Chomsky warns that income inequality has a “corrosive effect on democracy.”

In “Requiem for the American Dream,” Chomsky explains his 10 Principles of Concentration of Wealth & Power and how they corrode the modern person’s concept of democracy. Read it and weep over the corruption of a Platonic/Aristotelian ideal.

To preface, Chomsky explains that Adam Smith, known as The Father of Capitalism, acknowledged that “in England, the principle architects of policy are the people who own the society – in his day, merchants and manufacturers. And they make sure that their own interests are very well cared for, however grievous the impact on the people of England or others. Now, it’s not merchants and manufacturers, it’s financial institutions and multinational corporations. The people who Adam Smith called the ‘masters of mankind’ – and they’re following the vile maxim, ‘All for ourselves and nothing for anyone else.’ They’re just going to pursue policies that benefit them and harm everyone else.”

Though it is 2020 and Chomsky is now 91, his words ring eerily prescient and fatigued. After at least 60 years of preaching for the greater good, Chomsky concedes that American democracy continues to inch towards the greater abyss.

This riveting 75-minute film is free to watch and required viewing for this year’s graduates: