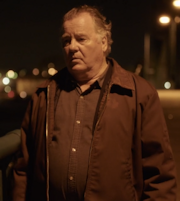 What to do when life throws curve balls and there’s not much time left to recover?

“Working Man” features the most stunning acting in memory. Peter Gerety, aged 80 with a hard beachball belly and 64 films under his belt since 1961, takes the screen away in an understated characterization of a man in trouble. Trying to save him are the charismatically handsome Billy Brown and lovely Talia Shire.

The film begins with Allery Parkes (Gerety) searching frantically for his son. Then it quickly tacks to the present when the plastics factory where he works shuts down without severance pay. The next morning, methodically, he packs up his lunch pail and walks back to work. He figures out a way to by-pass the locked doors and enters to do the only thing he can without electricity – clean the floor and all the machinery. He returns home just like he used to.

His life had become a routine and he had become an automaton with a quivering lower lip. But then Walter (Brown), who has back-up keys to the factory, joins him with enthusiasm and fire. Other workers follow suit and the TV station comes to cover the phenomenon. They’re working without corporate for free.

In the meantime, Iola (Shire), Parkes’ wife, walks through life as her husband’s caretaker. Her responsible, dutiful, lonely self keeps taking flowers to the cemetery. Parkes’ acts as if she doesn’t exist.

It turns out that Parkes, Brown and Iola all have experienced tragedy. They have each been to that dark place that requires a cover story, an escape, if you will. Work with its goals and objectives can obfuscate the pain and suffering. But for Parkes and Brown, their dip into the escape of an obsessive work routine can also bring the alienation of those they love, a loss of self, and some degree of self-destruction.

Filmed in Chicago in 20 days with Chicago talent, “Working Man” is a work of art. Written by Robert Jury, this is a gifted presentation that gently probes the human psyche and its response to sadness and tragedy. How we can still rise, despite the encumbrance of events not our fault, is the guts of Jury’s investigation. 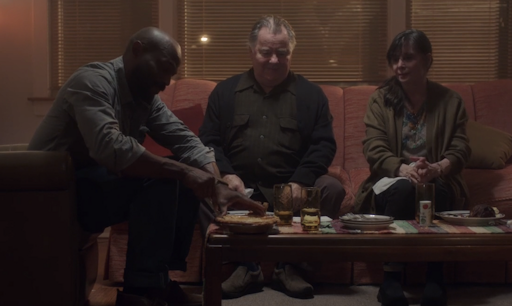 
“Working Man” has received critical acclaim and will open on VOD and DVD on Tuesday, June 2.