Review: The Vast of Night 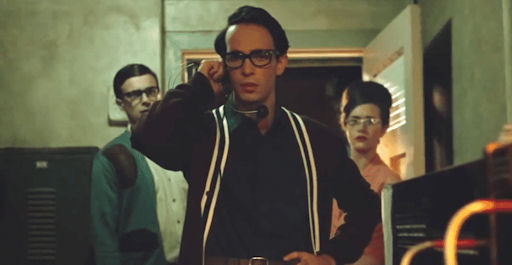 A space invader sci-fi flick has to choose one of two directions: the “E.T.” way or the “Alien” way. The “E.T.” take is extraterrestrials as friendly giants with powerful technology that could accidentally crush us or move us to an unknown dimension but no hard feelings. In fact, going to an unknown dimension might be an improvement over earth. As the Byrds said it, “Hey, Mr. Spaceman, won’t you please take me along, I won’t do anything wrong.”

The “Alien” take is when we see green people with feelers we better run. It is them or us. They are the hunter and we are the prey, a zero net sum proposition. Watch out for the sulfuric acid drool.

Debut director Andrew Patterson’s delightfully spare ET treatment has a delicious combination of dread, wonder and plain nostalgia. We are in Roswell, New Mexico, or someplace close to it. The actual shooting location in Texas is the first of several brainy accomplishments by the film makers. A dusty wasteland of a small town, complete with starkly lighted nighttime water tower, becomes cozy as the steady cam cruises from the dark streets into the high school basketball game. Classic cars make cheap props as does the gawky legion of varsity basketball players complete with nicely over-fluffed cheer leaders. Patterson shows us how to do a lot with a little.

Jake Horowitz comes busting out fully formed in his feature debut as radio DJ Everett, dropping off a tape recorder at the game for the play-by-play for later transmission from the gingerbread house radio station lost in the plains of Anywhere USA. Wolfman Jack in “American Graffiti” would have been thrilled to have such a cute cubicle. Tech is not a villain but a portal to a happy new world where voices are saved forever, switchboards bring Daisy Mae into the kitchen, TV educates and informs and that old LaSalle runs great.

Thankfully, there are trepidations. Otherwise, what kind of a mystery thriller would we have? A caller to the radio station, Billy, recognizes sounds coming in over a strange frequency. Heard but not seen, Billy recounts a recent past of deep-state military/government shenanigans orbiting atomic tests, sputnik beeps and ethereal emissions that we feel rather than see or hear. Kudos to Bruce Davis (and writers James Montague and Craig W. Sanger) for the best performance this year by an unseen actor. Billy is bothered and we are too.

Saving the best for last, Gail Cronauer plays traumatized ET witness Mabel Blanche who lets us know in no uncertain terms that giving a loved one to another world, no matter how benign, is a loss. Her story sums up the new technology of the humming 1950s. We know what we are getting but are afraid of what must be left behind. Confirming the ET perspective, rather than the Alien take, she does not want her loved one returned, she wants to go with him. A tight take on the fear of the future and those clinging memories of the familiar left behind.

Patterson’s sweet camera work, hand-held/dolly shots moving in long takes just above ground level, keep us on unfamiliar ground, disoriented without being annoyed, as in a house of mirrors. What seems like a simple slogging hand-held traverse turns into an ET moment when the picture remains steady over very unsteady ground. A dog-walking POV becomes a bird flying, skimming the ruts and scrub of mortal earth. No obnoxious jump edits, noise crashes, guns or gore required. The softer the message, the more we strain to hear it.