This film is just not what you expect it to be. Opening with gorgeous photography of quiet, pristine snow on a field of majestic peaks, it abruptly switches to the raucous grunge scene of Seattle in the ’80s, focusing in on the band Mudhoney (“Touch Me, I’m Sick”), crowd surfing, and wild drug, drinking and fire parties. 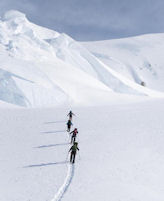 Instead of waxing nostalgia on the lost days of Camelot, the hope of Bobby Kennedy’s run for president, the revitalizing beauty of nature and environmental issues, this doc exposes Bobby Kennedy’s namesake, Bobby Whittaker in one surprise after another.

While there is plenty information on how Mt. Kennedy got its name, where the connection between Bobby Whittaker and Bobby Kennedy originated, who first climbed this mountain and 50 years later, who tries to re-trace those steps, the foundation of this documentary is its creative energy.

The first trick is its double focus on the first climbers to summit Mt. Kennedy and the ones who come back 50 years later. The second trick is that nothing happens as you think it must. The last is that this is just as much about famous fathers and their sons as it is about an analysis of what drives greatness.

Robert Francis Kennedy, the brother of the newly assassinated president, and his good friend, Jim Whittaker, the first American to summit Mt. Everest and eventual CEO of REI, first summited Mt. Kennedy, newly named by the Canadian government in honor of its neighbor’s fallen hero, JFK, in 1965. Bobby had never climbed a mountain before and Jim keenly felt the responsibility of keeping this Kennedy safe.

Bobby had no mountain-climbing experience, but Whittaker admired him and helicoptered him into a base camp on the mountain. The peak is an arduous and dangerous climb. Crevasses lurk and Kennedy falls in one, but he is saved and trudges on in temperatures around minus 35 degrees to claim the distinction of being the first to summit Mt. Kennedy.

The story of their relationship, how Kennedy and Whittaker went on other adventures, how Whittaker’s wife was with Ethel Kennedy at the moment of Bobby’s assassination, how the Whittakers were around the bedside of Bobby at his death and how Jim Whittaker helped the Kennedy children develop self-confidence, would be enough for a grand inspirational film.

But this film juxtaposes another story, threading its raucous way through an otherwise moving picture of a friendship cut short. It is also the story of a wayward son and a political aspirant, Bobby Whittaker and Chris Kennedy, both challenged with their personal mountains to climb and their drives to do something more than the ordinary. 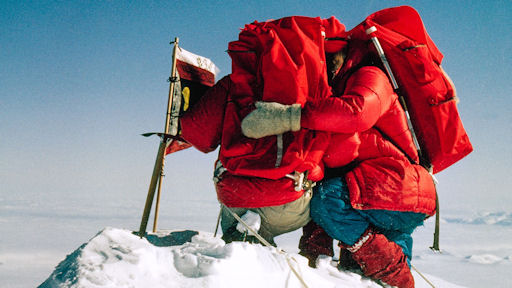 “Return to Mount Kennedy” has its Pacific Northwest Premier June 2 through 10 at the Seattle International Film Festival. Special guests will be in attendance.