Screened at the 40th Seattle International Film Festival, “Rigor Mortis” was a welcome change from the everyday. It seemed as if all of the good, old fashioned, action / horror flicks were being canceled at the last minute and substituted with religious dogma or touchy-feely immigrant stories. Not that some religious epics cannot be as horrific as real horror stories, but the real thing is much more honest. At some point if stabbing with scissors in the middle of a double rape scene is what fills the bill, there is simply nothing else that will do. But that is getting ahead of the story.

Glutinous rice is at the heart of this vampire laden, guilt ridden, revenge soaked and blood spurting tale of a man not allowed to die. Siu-ho Chin (1985 “Mr. Vampire” series — Mak dedicates the film to the two other deceased members, Lam Ching Ying and Ricky Hui) plays himself as a washed-up movie star who moves into a hilariously run-down tenement building. The plaster looks as if the set designer textured it with a 12 gauge and the walls and floors appear to have been trimmed with a hatchet. The entire building looks like a murder victim.

Chin is not overly concerned about the décor since he is there only to kill himself. Disgusted with his failure as a performer, he has chosen a building apparently failing as badly as he in which to end it all. The rope is tied, the chair is kicked away and Chin does a pretty good funky chicken dangling from the fake noose harness.

More and louder gurgling sounds would have helped. Why is there never enough gacks and hawks? After all, the poor schmuck is croaking. Before Chin’s last death rattle, in flies Uncle Yau (Anthony Chan Yau, erstwhile drummer of the 1970’s band “The Wynners” and Chin’s supporting star from “Mr. Vampire”) who cuts the rope in mid leap, denying Chin the easy way out he so desperately desires. Thank goodness for that, or there would be no film. As it turns out, Yau is a Taoist vampire hunter who now runs his own food stall around the neighborhood. Glutinous rice is his specialty. Chan views Yao with mixed feelings. Although extending his miserable life, Yao is no chump when it comes to black arts, murderous demon possession and poisoned glutinous rice. 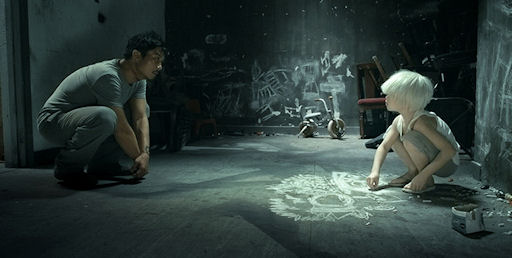 In fact, as the viewer will soon see, Yau is about the most normal person in the entire house. Although he is eccentric, mystical, speaks in riddles, and pretty much loses most of the Western audience in the first 20 minutes of the film, he is a standup guy when the blood starts spurting from the pipes. When single mom Feng Yeung (Kara Hui) turns out to have a past interest in Chan’s apartment, and her albino son starts turning up in odd places, and she has that certain look in her eye like she just ate her husband’s liver, Chan is glad to have Yao for a bud. This is not the kind of woman you want to meet on Match.com, even if you are about to kill yourself.

As would be expected, the cinematography is almost entirely interior shots of the most suitably gloomy sort, until the film breaks down into an almost indecipherable storm of computer generated visual effects. Everybody seems pre-occupied with their own business, which usually involves the death, dismemberment or dementia of someone near and dear. Conversations are overheard, misunderstood, ignored, misinterpreted, acted upon rashly, reflected upon incorrectly and just plain lost in the whirlwind of occasional bewildering special effects and the eardrum crushing sound track.

The patient and diligent viewer will take some of the hyperbole with a grain of salt and just absorb the overall loyalty of the flick to the forms and fantasies of stylized horror protocol. Everybody is in this one together and director Mak has a way of making us believe we are in it, too. Lo Hoi Pang is fantastic as the building’s security guard. In the opening scenes, Chan asks him if he is the only security guard, to which he answers in the affirmative. As time goes on, there is not the slightest evidence that he does anything to secure anything or anybody in this carnival funhouse of vampires, demons and angry ghosts. Just goes to show, if it’s not one thing, it’s another. Be there or be doomed to eternal life. 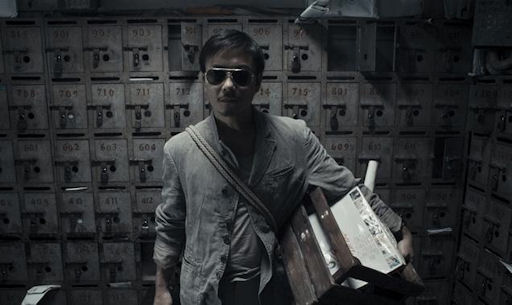