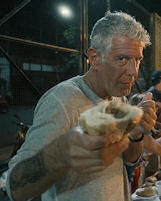 In Saigon, he chomps down on the beating heart of a live cobra, chewing it until swallowed. In Borneo, he thrusts a spear deep into a frantic Borneo pig for a village feast. Anthony Bourdain, a manic extremist, exclaims, “If I’m an advocate for anything, it’s to move. As far as you can, as much as you can. Across the ocean, or simply across the river. Walk in someone else’s shoes or at least eat their food. It’s a plus for everybody!”

Bourdain kept on surprising us with his words, his culinary experiences, his toned body and the places he visited. He was constantly on the go, traveling 265 days of the year. “Roadrunner” tells his story, the good, the bad, and the ugly, until it all comes to a screeching halt dangling from a chandelier in 2018.

Filmmaker Morgan Neville, who directed and produced “Won’t You Be My Neighbor,” the story of Mr. Rogers, makes a character study of Bourdain. However, unlike Mr. Rogers, this piece on a beloved TV friend ends up deeply disturbing.

Neville uses a lot of Bourdain’s own footage to tell the story. Congratulations to both Eileen Myers and Aaron Wickenden for the painstaking care they used in piecing together multiple clips to explain a complicated, self-centered perfectionist with high expectations.

“I’m becoming agoraphobic. Travel isn’t always pretty. You go away. You learn. You get scarred, marked, changed in the process. It even breaks your heart,” says Bourdain. Yet, at the same time, he pushes the bar a little more on making each episode of CNN’s “Parts Unknown” just a little edgier, explaining that “the greatest sin is mediocrity.”

This constant tension to do better, and to be always rushing, fed into Bourdain’s manic disposition. To travel into war zones or dangerous areas for a plate of home-made food upped the ante. “If you only look at the news, maybe you miss the bigger picture,” opines Bourdain, who was frank and considered it “therapeutic to think about death a few minutes each day.”

Other colleagues and friends, including Éric Ripert. who found him in the end, lend insightful character insights to help the viewer understand why such a successful person and story-teller should do himself in without even taking the thought or time to leave a suicide note. 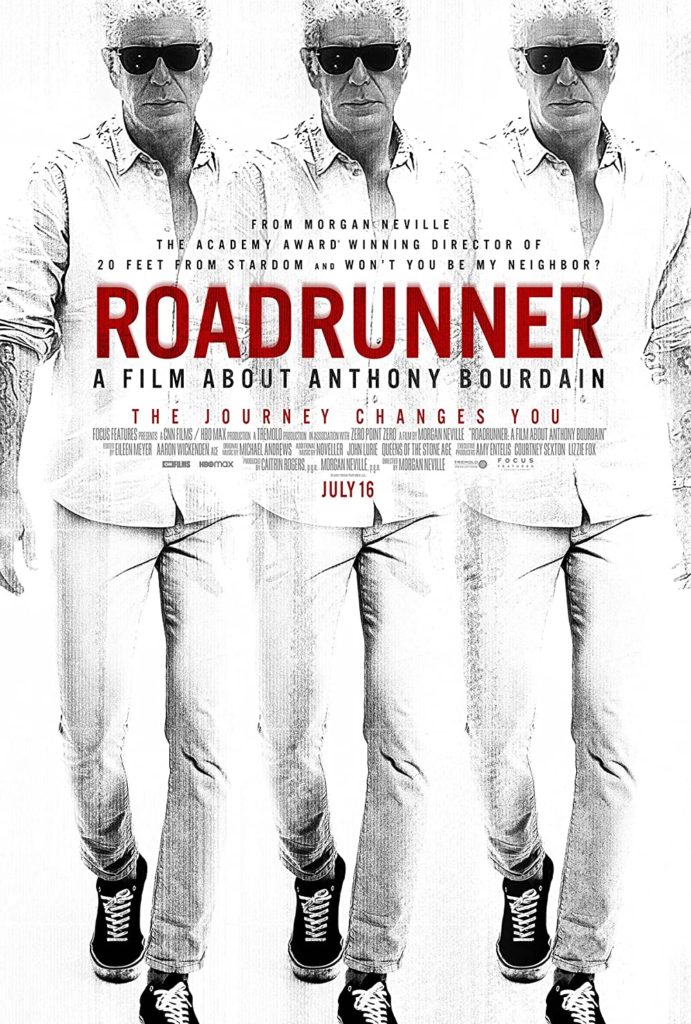