We’ve heard it before, the search for cancer has grown to such proportions that finding a cure would actually be counter-positive for an entire industry earning millions from the research. That Ralph Moss should innocently uncover in the 1970’s an example of this phenomenon and that Eric Merola should produce a film about it is enough to let us guess — this is not over. 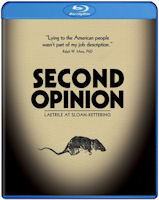 One of the most respected, trusted and prestigious cancer research centers is based at Memorial Sloan-Kettering Cancer Center in New York City. One of its most brilliant scientists, Kanematsu Sugiura, co-founded chemotherapy. Later he conducted studies at S-K showing the positive benefits of laetrile.

This latter set of studies is the focus of this film which is heavily based on an interview with Ralph W. Moss, Ph.D., who was hired by S-K as a scientific writer for their public relations department. In 1974, Moss was assigned to cover Sugiura’s life and work.

At that time, Sugiura had been assigned the task of debunking suspected quack remedies and cures for cancer. But one such treatment, a rather controversial option, was not producing negative results. As a matter of fact, his data with laboratory mice showed that amygdalin (aka laetrile from peach pits) showed a cancer cell growth of only 10 to 20 percent vs. 90 percent in a control group. Complicating this finding is that laetrile was (and is) illegal to buy in the U.S.

In 1970, Newsweek published an estimate that 10 percent of US cancer patients did not trust government advice and restrictions and were heading to Mexico for laetrile treatment. Headlines accused the FDA of supporting pharmaceutical companies and their lobbies.

This intelligent film, primarily featuring Ralph W. Moss and his story, does include remarkable archival records of the laetrile controversy. But its primary impact may be a renewed eye on the power of pharmaceuticals and their lobbies.

Pharmaceutical companies spend more money on lobbying that any other industry. Wikipedia indicates that from 1998-2004 they donated $89.9 million to federal candidates and political parties, giving approximately three times more to Republicans and the Bush presidency than to Democrats.

Just for your further information, 61 percent of Medicare spending is spent on pharmaceuticals.

“Second Opinion,” a documentary about cancer research and laetrile at Sloan-Kettering, shows what happened when one person, Ralph Moss, lifted up the pharmaceutical rock and was honest about what he saw. It opens in New York City on Aug. 29 and in Los Angeles on Sept. 5, 2014. 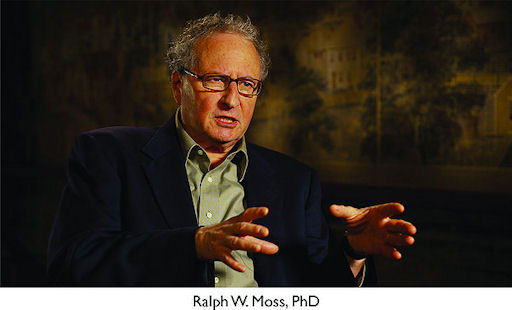