Review: Seeking a Friend for the End of the World 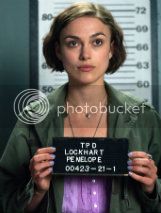 What would you do if you knew the exact time of your death? Go wild, drink, party, get depressed, and make up for lost time? Well, what if it also happened to be every other living being on planet Earth’s last moments as well? That is the core question at the center of writer-director Lorene Scafaria’s latest endeavor, “Seeking a Friend for the End of the World,” which mashes together an apocalyptic movie with a road-trip movie and a dash of rom-com on top.

He meets a neighbor, Penny (Keira Knightly), who is having boyfriend troubles and the two oddly hit it off as friends. When the city turns into a chaotic riot, they decide to leave and look to fulfill some last-minute dreams, Dodge want to go find his high school sweetheart for whom he has never lost his feelings, and if Penny can help him do that he promises to help her get back home to England on a private plane –all international flights have been stopped at this point.

The two unlikely friends couldn’t be more different. Dodge is high strung and Penny is a free-spirit who loves to indulge in weed and has a borderline narcolepsy problem. As she continues to mess things up for him, Penny vows to help make everything right by getting him to his one true love. All of the time spent together is bound to affect their relationship and as they deal with suicides, survivalist and wacky orgy-filled restaurants, they are bound to become closer than they ever imagined.

To start off, this film is not a comedy; it has some dark comedic moments and awkward situations that are funny, but is in no way is it a comedy. So if you go in thinking it falls into that category, be forewarned. I would qualify this as a dramatic intimate look into the lives of two strangers as they share a path of discovery on their way to accepting their approaching demise. The pairing seems very aberrant and it doesn’t work on a romantic level, but as a newly-formed friendship it does. The film moves at a slower pace and you have to look for all the dry humorous moments between the main characters and supporting actors.

The film is filled to the brim with great comedic talent in the supporting cast and although they all have very brief roles, it’s those small snippets that stand out the most and drive the first half of the film. Just a few of these key side characters are played by Patton Oswalt, Mark Moses, Rob Huebel, Adam Brody, Connie Britton, T.J. Miller, Rob Corddry and Melanie Lynskey. All of them are very entertaining and primarily used at the party or in the more outlandish scenes, but those scenes worked.

Once you are on the road with Dodge, Penny and a very cute dog — nicknamed Sorry — the movie takes on a more somber tone that helps you focus on the two leads, but also leaves a gap in the film’s plot. Scafaria is best known for penning “Nick & Norah’s Infinite Playlist” and while “Seeking a Friend for the End of the World” hits some of the same independent comedy cues, it still feels like something is missing and a few key scenes weren’t fully polished as a finished product.

Taking into account the concept of the film and trying to create a movie that is based in reality during this horrible end-of-the-world scenario, it works as an independent drama, but fails to bring on the laughs. If you’re up for the challenge of finding some of the stand-out moments in the film, like I tried to do, then go see it; otherwise it should end up as a rental for most.

“Seeking a Friend for the End of the World” is in theaters now.