“Sophia Antipolis,” the name suggests something very central and mysteriously feminine. The “Antipolis” part, for you Americans who are not familiar, is a technology center. The Sophia lends the vision of a virtual assistant, or perhaps a virtual lover. The park is not just a center of power, radiating the goodness of advanced computing, automation and labor saving machines. It is the long lost lover we all have waited for. The solution to all our problems.

“The real problem is there is no boundary between the park and the rest of the area,” the security supervisor tells the new hire. If you think this makes life difficult for the guards, what about the vigilantes? How does one tell the bad guys from the good?

The North American premier of Virgil Vernier’s ultra-atmospheric cautionary tale was presented by the Film Society of Lincoln Center in NYC and UniFrance as part of the 24th edition of Rendez-Vous with French Cinema. The story traces the lives of a dozen characters as they intersect at the end of the rainbow that is Sophia Antipolis. The birthplace of miracles, surely there is a pot of gold at the end of the rainbow. Maybe so, but it is hard to get a read on the area. It is something of a regional black hole. People go in but never come back out.

The film starts with a mesmerizing set of discussions between a cosmetic surgeon and prospective patients wanting to get breast implants. Then it goes to a widowed mail order bride, left alone with money and shelter but without a country, a family, or love. After coming half way around the world, she sees her grandson once a week per an agreement that sounds like a divorce decree. By this time the stone-dead soundtrack and the stark, distant, hallucinatory views of the city have told us this will not be a comedy. This is post-apocalyptic, the people there are the only ones who have not read the memo.

This is Vernier’s memo to them, and the world. A fever dream of vaguely jointed intents and murky futures. In the shadow of overwhelming wealth and success, unknown humans, ciphers in the world of fame, fortune and high tech, scamper about trying to improve the situation. The fact that everything looks fine on the surface, while underground cults fight for change via karmic vibes or karate chops, makes everything so much worse. How can anything ever get better if those in charge do not even know anything is wrong?

A woman is found dead, her body burned to cinders in an abandoned storeroom. The last identified character in the screenplay, she is Sophia. She is one of a dozen people spotlighted in a timeless world of broken promises and failing dreams. The people have nothing to do with each other, yet they go together. Each has a story to tell, totally disparate and yet melding together in the end. Little comfort for them, and us. 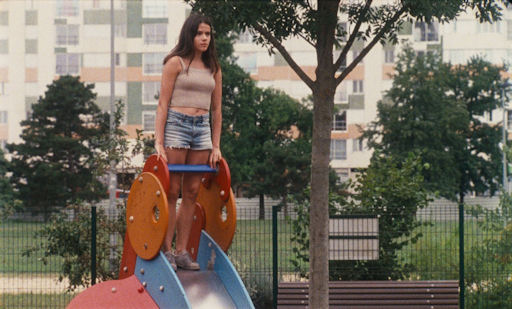