Mariam Shaar was born imprisoned in the narrow corridors of a labyrinth of narrow passages with dangling lethal electrical wires and men slumped in the shadows on plastic chairs. Like her mother and other refugee women, she was trapped in a No Exit scenario. But unlike the women before her, Mariam believes she can rise … and take the women with her. 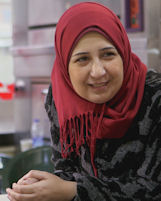 Executive-produced by Susan Sarandon, Oscar Award-winning actress and champion of women’s entrepreneurial endeavors, “Soufra,” with its fun background music and happily determined cooks, is an upbeat, constructive documentary about some of the most oppressed women in the history of the world. They comprise the waves of Palestinian, Iraqi and Syrian refugee women stuck without passports, legal status or work permits since the first wave of middle eastern refugees in 1948.

Gifted director/producer Thomas Morgan, once a successful real estate developer and investment banker, left his career to follow his passion – activist filmmaking. Joined with the support of Sarandon and a like-minded crew committed to justice, he follows Mariam, born in the Burj El Barajneh Refugee Camp just south of Beirut, as she steadfastly battles one roadblock after another to develop a business and gain personal dignity for a new generation of strong women.

Mariam’s plan is to develop a catering service called Soufra, meaning a big fancy table, that can employ women in the camp with a talent for cooking. Eventually, she wants a food truck that can move outside the camp, to serve all of Lebanon.

Mariam’s desire is audaciously optimistic because no refugee in either Jordan or Lebanon is allowed to have a work permit. Like Jordan, Lebanon, in its charitable ethic, has agreed to shelter people streaming in from certain death, but work permits and citizenship are unattainable.

It is crucial to understand Lebanon’s delicate yet defining governmental system. There are designated seats in government reflecting a demographic distribution of 18 different religious groups. For example, while the President must be a Maronite Christian, the Prime Minister must be a Sunni Muslim. To admit one million Palestinians, 2 million Syrians and thousands of Iraqis would overwhelm its Lebanese population and alter their national identity.

Mariam is a David against Goliath, an individual against the politics of the world. But yet… the film illuminates a surprising sliver of hope in the form of a collaboration between the UN Women’s Programs Association, an out-of-the-box lawyer and Alfanar, a middle eastern venture philanthropy.

The issue behind this superbly suspenseful, uplifting film is the forgotten Arab victims of terrorism, revolution, and disenfranchisement. Without a country and home, they have been denied the basic right to have a job and be self-sufficient – the basic right to dignity. It just seems so crazy that this situation has been perpetuated for 70 years. Crazier still is Mariam’s plan. 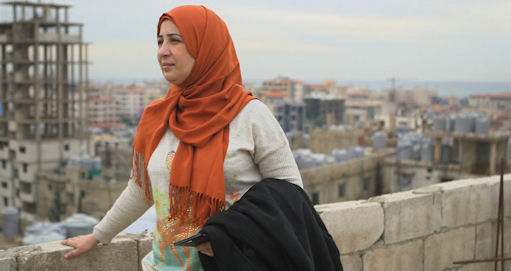