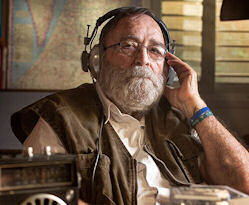 In 1947, the United Nations voted to partition the British Mandate of Palestine. The following year, the State of Israel was proclaimed. Both events were opposed by the Arabs. At the time of Israel’s founding, the population of Palestine, estimated at 1.7 million, was 61% Arab, 30% Jewish, 8% Christian and 1% others. For decades, Zionists in England and elsewhere had promulgated the myth that Palestine was “A land without a people, for a people without a land.” This myth is still expressed today.

Another myth is that the new Israeli government and its IDF (Israeli Defense Force), as they moved from Arab village to village, pursued humane methods of moving the civilians from Israeli territory into the West Bank.

One of hundreds of villages the IDF took was Tantura, a prosperous Arab community on the Mediterranean coast. This film tries to uncover the truth of what happened there in 1948.

Writer/Director Alon Schwarz (“Aida’s Secrets”) has taken on the task, forbidden in Israeli culture, of exploring one element of the Nakba. Arab for “catastrophe,” the Nakba befell hundreds of depopulated Palestinian villages, which were systematically erased from history – as if they never existed – before Israel re-created them for Israelis.

To do so, he met with Teddy Katz, a man now frail from strokes, who lives with his wife in Kibbutz Nachsholim. This kibbutz (an international community ostensibly agricultural) exists where Tantura once was. In 1997, Katz submitted a masters thesis exploring what happened at Tantura during the 1948 war. He based it on his own archival research and 140 hours of interviews with both Jews and Arabs who were there 50 years before. He received a very high grade for his work, but when it became public it set off an uproar in Israel and ultimately Katz was coerced into withdrawing his claims, lost his scholastic reputation, and withdrew. However, he kept all his material, which he made available to Schwarz.

Schwarz did his own interviews of Katz, others kibbutz residents, member of the Alexandroni brigade of the IDF who fought and occupied Tantura in 1948, and many others. What he reveals is a mosiac of memories, attempts to retract or obscure those memories, vociferous denials and condemnations, and equally powerful support for the recognition of crimes of ethnic cleansing, mass murder, and a formal governmental coverup going back to the formative years of Israel.

Schwarz also raises the larger question of what myths a society creates in order to be able to not just live with the cruelties of its past, but put forward a facade of humanity and exceptionalism. America is only now beginning to admit the monstrous genocidal acts of its past – even though apologists and revisionists are hard at work to deny any wrongdoing. Germany certainly has done it. So has South Africa. Canada and Australia are working on it. But can Israel, which unlike the others nations mentioned, is still actively engaged in ethnic cleansing, crimes against humanity, and outright murder, ever come to terms with its brutal past – especially when that brutality so swiftly followed the crimes of the Holocaust?

This documentary features a tapestry of film and stills from 1948 and after, strong differences of opinion, and startling interviews. It is a must, especially for those who wonder why there is still no peace in Palestine. As Prof. Ilan Pappe of the University of Haifa, states, “You cannot create a safe haven by creating a catastrophe for other people.” 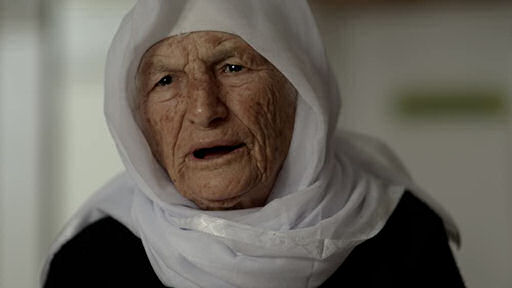