It is a dark and stormy night. A girl scratches a cross into the trunk of a massive old tree, its branches festooned with Spanish moss. A young woman joins her and together they walk toward an isolated cabin, firelight flickering in its window. “Don’t come inside until the screaming starts.” the older woman says to the girl, her daughter.

So begins “The Accursed”, a tale of witchcraft and demon possession. Among the headliners is Meg Foster (“Master of the Universe”) who plays the witch, Ms. Ambrose. Foster has a long history in horror and science fiction vehicles, but while her body appears throughout this film as a corpse in a bed, her actual acting is limited to the first few minutes, when she faces the aforementioned woman and her daughter.

After the opening scene, the film switches to three months later and the mundane daylight exterior of an old house in an unnamed southern town. The house belonged to Elly’s late mother, and she (Sarah Grey – “Legends of Tomorrow”) and her friend Beth (Sarah Dumont – “The Oath”) are cleaning it out in preparation for sale. It becomes clear that Elly had left her mother, who’d been deserted earlier by Elly’s father, and that the older woman keenly resented these desertions. Elly came back for the funeral and to settle the estate. Besides feelings of guilt, there are other mother daughter issues unresolved by death.

Despite the need to finish with the house, Elly accepts a mysterious offer to make some money tending an elderly stroke victim at a home far outside town. She agrees, despite warning signs and Beth’s disapproval. We soon realize that the house in the country and the woman in the bed are the cabin and the witch from the story’s prologue. Dear witch Ambrose has been “dead” for three months, as the delightful mobile of pine tree air fresheners over her bed attest. Despite being a nurse, Beth doesn’t catch on.

So what do we have? There are the inevitable cliches that even good horror movies employ:

• comely but obtuse young people
• warning signs so obvious the audience screams but the characters ignore
• interpersonal issues
• isolated location
• poor communication (often the fault of the comely but obtuse)
• abysmal lighting with murky backgrounds
• a secret waiting to be exposed
• a gory reveal at the end – sometimes, but not always, triumphantly.

Did I miss anything?

If you like the list above, this film will not disappoint. However, after an excellent start, it is very slow in development, with most of the action taking place in the last few minutes. If this were a Hitchcock film, the slow buildup would be part of the enjoyment. However, in less capable hands it devolves into tedium. Whether this is the fault of the director, the writer, the editor, or some combination thereof, it diminishes the impact of a film that started out so promisingly. 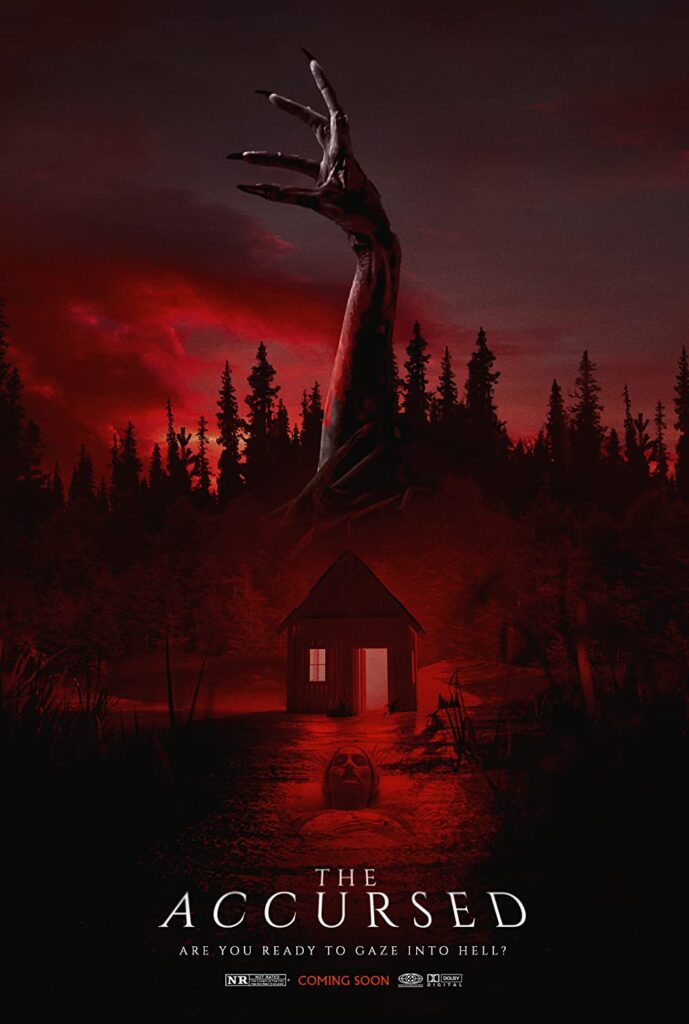