Breakout director Ben Falcone teams up with Oscar nominated Melissa McCarthy (“Bridesmaids,” “Spy”) to produce a geyser of belly laughs. If you saw “Bridesmaids” and thought it was gross, do not bother to take in this pratfall-fest of unbridled shock lines. If you saw the beauty of taking the crud out of crudity and the genius of physical humor that breaks all the rules, do not miss it. 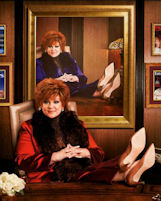 McCarthy plays Michelle, a self-made tycoon with unlimited charisma and non-existent ethics. Her costume, fixed to the point of absurdity, is the stereotypical woman executive’s high top turtleneck sweater. As the film opens, she dons a fantastically bizarre oral appliance that pries open her lips to allow a thorough teeth cleaning. Although this riff goes on for a several minutes past the point of good taste (OK, it goes on for several minutes past the point of bad taste), you have no choice but to laugh. Michelle is, indeed, crazy.

McCarthy has racked up dozens of award wins and nominations in her past dozen films and her fingerprints are all over this one. She stars, co-wrote the screenplay with Falcone and first-time screenwriter Steve Mallory. She also produced the film along with five others, including Will Ferrell. It is hard to say whether she was at her previous best in “Bridesmaids” or “Spy,” but in this flick she is stratospheric.

Kristen Bell gets what may be her break-out movie role playing single mom Claire, the sane side-kick of the Michelle-Claire buddy duo. It is her brownie recipe that inspires Michelle to found a hilarious distribution syndicate staffed by girls who steal territory from the local girl scout troop. Wise cracking daughter Rachel (Ella Anderson) is the adult of the threesome. She is empowered to deliver the punchlines set up by the scattered and misguided adults. Although both Bell and Anderson are trusted with limited dynamics in the screenplay, they do yeoman like work in adding great performances to a film full of great performances.

Peter Dinklage rounds out the main cast in a great comedic turn as Renault (“Don’t call me Ron”), Michelle’s tycoon foil and twisted love interest. Anyone who saw him in “The Station Agent” may not believe he is capable of truly over the top gross-out humor. See this movie and think again. He has proven himself a man of great flexibility as well as consummate skill.

The Chicago setting is a refreshing break from the run of the mill NYC sets. Although Kathy Bates’ part in the movie is little more than a cameo, there is super screen chemistry between her and McCarthy. Kristen Schaal almost steals the show playing Scout Leader Sandy. She is an actress who needs to be in future McCarthy blockbusters.

“The Boss” is a fun film for those who can tolerate the toilet humor with a morale in there somewhere. A rejected orphan, Michelle learns to accept Claire and Rachel by learning to love herself, and making a million at the same time. OK, forget the lesson and go for the laughs. 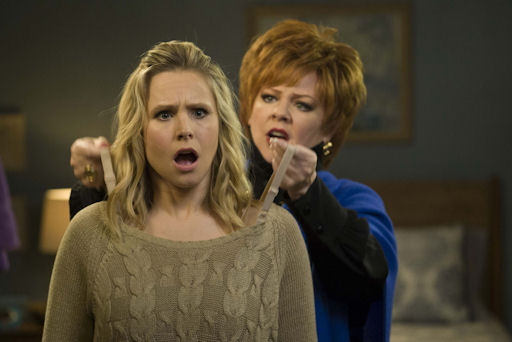