Edvard Munch did not paint just one version of “The Scream.” He painted four. His essential Norwegian character cannot avert his eyes from life’s true circumstance and man’s grotesque nature within it. He chooses not to fabricate an illusion to help disguise the depths of human failure, but starkly faces it in raw horror. 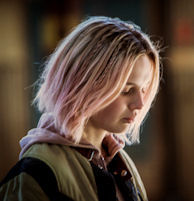 Ibsen, writing 10 years before Munch paints, sets the truth and the illusion side by side and shows that in telling the truth, in facing what is, the horror is too great for us to handle. But like a determined, honest Norwegian, he still courageously drags us to the well, the dark abyss, and forces our heads to look down and see the truth as it is.

This dark Nordic perspective is richly thought-provoking and certainly reflective of our current crazy political world. But is a film based on painful exposure something we’d like to see?

So no, I didn’t like the film at all. It’s not that it isn’t perfectly executed with a natural dialogue, explosive emotion and charged casting. It’s not that every part of this film doesn’t faithfully reflect the original Ibsen work, “The Wild Duck.” It’s that the truth, without the lies we contrive to make it through another day, is too painful to bear.

So why did Simon Stone, a young 32-year-old writer-director, who has already produced a documentary about himself, “The Talented Mr. Stone”, get so deeply involved with this particular project? What is his fascination with Ibsen, and why did the Australian Academy of Cinema and Television Arts award him the prize for best adaptation of a screenplay for this tortured production?

At age 12, after an argument, Stone witnessed his father, head of the molecular biology and biochemistry department at Monash University in Australia, die from a heart attack. He has stated that he has “always been attracted to stories that try and explore a family in crisis because that was the defining experience of my life.” But since when does a pre-pubescent outburst kill a parent? Take this confounded confusion, passion, and guilt and you get Ibsen and Munch, the Norwegian specialists in true life horror and torment. Put them on the screen and you get Stone.

Despite his history, Stone is obviously brilliant on many levels. “The Daughter” is too. Subtly modernized in a defunct lumbermill town, each character obfuscates a hidden life circumstance with an exterior story of cozy domestic bliss. Dad is marrying his young housekeeper, his son has flown in from the US waiting for his wife to join him, a boarder on the property is supported to explore his passion for photographic art, the boarder’s wife and daughter, the loves of the photographer’s life, enjoy the generous property woodlands and a grandfather dotes on his grand-daughter. All of this is set to parallel a contrived little garden where rescued bunnies and a wounded duck seemingly enjoy care and safety.

But the American-ex pat, our Ibsen/Munch, the son who will soon have a much younger beautiful step-mother, becomes suspicious. Why did his mother die? What were her last thoughts? Who was the prior housekeeper? Who belongs here? Who is who? He seeks the truth and when he finds it thinks everyone must know – that it will be liberating. And then he gets a phone call. Why isn’t his wife here yet? … Is the truth so cool to know?

Kino Lorber presents the US release of “The Daughter,” an official selection at the Toronto, Venice, Melbourne and Sydney film festivals. This adaptation of Henrik Ibsen’s “The Wild Duck” stars Academy Award winner Geoffrey Rush and opened at the Cinema Village in NYC on Jan. 27, and will open at the Laemmle Royal in Los Angeles on Feb. 3. A national release will follow. 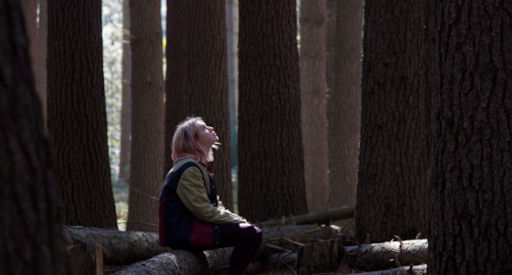