Review: The Girl with the Dragon Tattoo

I am Lisbeth … Lisbeth Salander.

I was created by Stieg Larsson and transferred to celluloid by Niels Oplev. Then Daniel Alfredson. Then David Fincher.

Why did anyone think they could be successful at this?

The Cast
In Oplev and Alfredson’s versions I was portrayed by Naomi Rapace. She got my essence. The hairdresser messed with me in that mock-Mohawk for the court scene. That pissed me off. But the rest – yes.

Rooney Mara played me in the Fincher version. The hair was better. The double French braids at the end, signaling a more vulnerable and potentially normal side, was nice, though temporary.

I’m a logical savant with an eidetic memory, a creature of the computer age. Mentally I can separate. This is what happens with traumatized people. They leave their body. It helps us function.

Larsson made me in the image of my experience – dehumanized. But he also slapped a dragon on my back.

Dragons can fly above to see the bigger picture. They symbolize wisdom, strength, strong will and magic. This is Larsson’s gift to me as a throwback to the primitive Nordic goddess Freyja, the warrior goddess who transcends the world and avenges enemies.

Blomkvist
There was no chemistry for me towards either Michael Nyqvist or Daniel Craig who played Mikail Blomkvist. Viggo Mortensen, with Danish heritage, was the only one with the potential power. 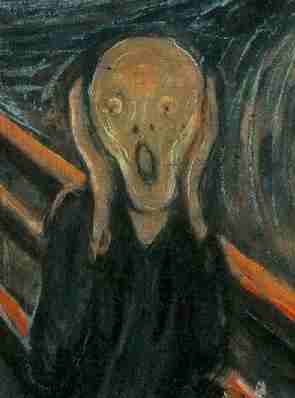 I am the only one, apparently, willing to speak up for Stieg Larsson. My character and the incidents in his book are based on his own guilt, his own self-recognition, and his own Scandinavian scream.

Larsson witnessed the rape of a young girl by a pack of friends as a teenager. He couldn’t stop it. He didn’t report it.

He chased Nazis in the press, but the internal hypocrite – the suffering, chain-smoking self-destructive one, was Larsson.

If he would have been the director you would have witnessed in every male character, including the available Mikail Blomkquist, multiple mirrors of misogynistic deceit, duplicity and subversive attempts to dominate women – or at least what they stand for.

Remember, Larsson’s parents, both his father and mother, sent him away to live with grandparents. He never married, ostensibly to protect a wife (but not his blood relations) from retribution for his exposes. He did not provide for Eva Gabrielsson, his domestic partner for 30 years. There are rumors of dalliances. Larsson was a conflicted guy.

The only request he made of Norstedts, his publisher, was to name each of his books “Men Who Hate Women.” They didn’t want to do it. It wouldn’t make a saleable title. The films didn’t do it. But that was in his soul – the focus he wanted to explore and expose.

Commentary
Christopher Hitchens was the only perceptive commentator.

In his acerbic Vanity Fair article, Hitchens questions how a sleepy little country like Sweden, always an international peacenik, could harbor such dark madness.

I add that Sweden is only a microcosm of the world.

My Voice
I am a survivor. I am an avenger. I destroy men who hate women.

It is up to the audience to flesh out the metaphors for themselves, to recognize their own prejudices that create the hate and dark side of our societies and ourselves. Self-acknowledgement in complicity is always the required first step.

I recommend the book.