Review: The Internet’s Own Boy 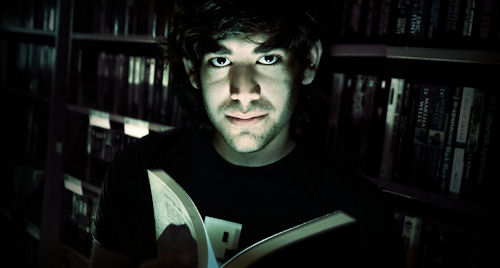 Screened at the 40th Seattle International Film Festival, Brian Knappenberger’s biopic of Internet pioneer Aaron Swartz is as much a cautionary tale about the new web-based world as it is a story of one of its brightest stars. Swartz was a brilliant child who grew up to be a brilliant computer innovator, but the weight of a world not ready for the Net proved too much for the man.

Told through interviews with his parents, his two brothers, his mentors and those who he influenced, Swartz’ story is full of archival footage that portrays with unflinching accuracy the lethal pitfalls awaiting those who take on the American establishment.

After showing incredible promise in co-founding Reddit, he was employed and promptly fired by the Conde Nast empire for his refusal to abide by strict guidelines of computer access. He had little interest in playing by the rules of an outmoded and slow moving corporation. His desire to move when, how and where he saw fit meant that he dropped the shield that Nast would have provided. On his own, he was fingered as a potential danger to the heavily guarded and protected world of online information. He could not be allowed to continue.

The Internet jargon comes fast and furious in this movie and the uninitiated must pay close attention. Swartz developed computer programs that are capable of downloading vast amounts of information. As he proceeded to download millions of protected documents from MIT, he was taped by prosecutors bent on curbing such audacious behavior. Even though he apparently had every right to the documents and never sold or even gave the documents away, he was charged with a terrifying list of federal felonies. As he entered adulthood he saw his dream of public service in the interest of open source Internet access slipping through his hands as a result of probable conviction of some or all of the crimes.

Under the weight of financial ruin, his dreams all but gone, he ended his life in 2013. 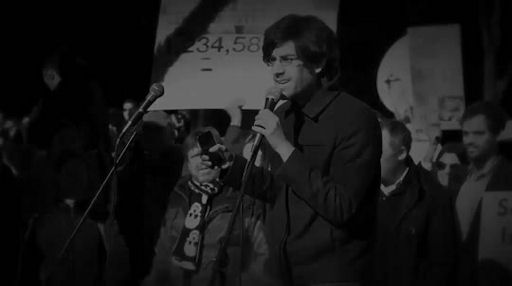 This documentary makes great use of archival footage from Swartz’ childhood years, through his time at MIT and the starting of Reddit, through his emergence as an earnest adult dedicated to fighting for what he saw as the fundamental rights of the common man. After all, he was not betraying state secrets, nor was he doing anything for financial gain. He was fighting for open access to scholarly papers that would serve mankind best if they were readily available to everybody.

The film makes reference to the fact that many of the works that he made available were paid for partially or entirely by public money. By most logical analysis these documents belonged to the public from the day they were written. However, the film glosses over a lot of the hard facts of international business and librarianship. For example, there is little attention paid to the time, money and effort that corporations invested in organizing and digitizing this information so that it was available over the Internet. This is an investment that deserves to be repaid, one way or another.

Although well-meaning enough, it is not entirely reasonable to think that these huge information storage and retrieval banks would suddenly make this information available free of charge. The end result is a collision of 20th century copyright laws with 21st century technology, complicated by the hopes and dreams of a younger generation that does not have the whole story.

The film makers keep an even keel when it comes to emotionalism in the movie. There is the over-zealous prosecutor and the conviction/incarceration drunk system that backs him up, but there are also over-zealous liberals who are all too ready to turn a blind eye to the system of international investment, and return on investment, that made the material available to begin with.

As with most documentaries, the viewer knows the outcome from the beginning of the film, so there are few spoilers to be had here. The best that can be hoped for is that this movie, and others like it, will form the basis for a meaningful dialogue about the power of the Internet and rights, and interests, of the general public to, and in, highly specialized and spectacularly difficult and obscure research material. This is not research with much of a security risk. Quite the contrary, it is material that libraries are afraid will never be accessed, after the libraries have spent time and money organizing and setting it up for Internet access.