On board, he pleaded for asylum before his crew mates, allowed on board by the Coast Guard captain, beat him, tied him up and returned him to the fishing boat. No longer a fisherman condemned to impossible hours with no hope of discharge, his final journey as a mariner ended up in the offices of the KGB, in 1970, at the height of the Cold War. Life sucks and then you die.

In Simas’ mind, this was not a political act. As his KGB interrogator reports in the film, he only joined the Soviet Union’s fishing fleet in the first place to “earn enough money to buy a Grundig tape recorder.” Quite a testimony for Grundig, considering he ended up condemning himself to what usually is a short, miserable life being worked to death while one’s family is humiliated back home. Winter temperatures down to minus sixty degrees make it a toss up whether a Cold War Soviet traitor would freeze or starve to death. Life expectancy in years can be counted on one hand. Ask Aleksandr Solzhenitsyn.

How his prison sentence ended before his life did is one of the best stories churned out by the cold war since “The Mouse That Roared.” Written by Josh Alexander and director Giedre Zickyte, and heart warming as Forest Gump, the twists put Baron Munchausen to shame.

Joining the Russian fleet to see palm trees in the south seas, he did, in fact, get to the palm trees of Santa Monica in 1991. Disappointing, as it turns out, as “they are prickly when you have to prune them.” His life, if not a bowl of chocolates, ends like a trip to see the Wizard of Oz. He even found a workable hi-fi system in New York’s dumpsters. It was not the Grundig of his dreams, but it beat the Gulag.

Having its North American premier at the 2020 NYC DOC film festival, this tale is as true as it is unbelievable. Archival clips of Henry Kissinger, Mr. Kudirka’s two life-saving angels and one life-saving congressman and, yes, that really is his KGB interrogator (decades after the fact, no hard feelings) lend a surreal feeling. The archival footage of President Nixon faking his way through the bumbled asylum request is worth the price of admission all by itself.

Being part of the film from the opening scenes, Simas’ survival is hardly a spoiler. Like James Bond, we knew he would make it somehow. He narrates a major part of the movie in person, walking us through the Coast Guard vessel, his Gulag prison cell, his apartments in the Bronx and Santa Monica and his eventual destination. If you want to know his final home you will have to see the movie for yourself. Be there or go fishing. 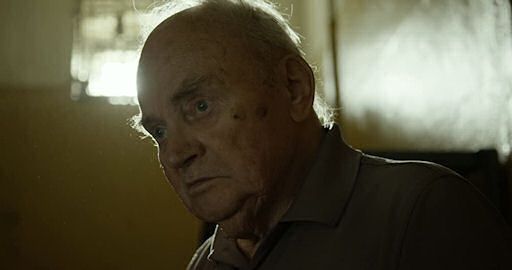