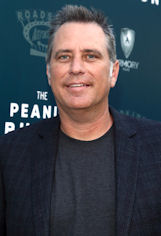 A stellar film from 2019 that continues to be a success with streaming and rental services, “The Peanut Butter Falcon” somewhat flew under the general public’s radar upon its initial release. However, it picked up many accolades and awards from film festivals and critics associations along the way, and has since gone on to grow a steady stream of fans that hail the humble nature and beautiful story of the film that is set in bayou country.

Of note, the film won the South by Southwest (SXSW) Film Festival Audience Award back in March 2019. It’s Just Movies sat down with “The Peanut Butter Falcon” producer David Thies to talk about his experiences with this important film.

Thies has a wealth of experience in TV and film as a cinematographer, director, producer and editor. On “The Peanut Butter Falcon,” he served as both producer and a camera operator for drone and water camera scenes. After Thies shot a $20,000 proof-of-concept video with directors and writers Tyler Nilson and Michael Schwartz, the film got the green light. The film stars up-and-coming actor Zack Gottsagen, an actor who steals every scene in which he appears.

Getting Started in the Business
Thies is a Cincinnati native and has always been fascinated with films. “I’d always tell my mom when I was watching a lot of television, ‘I’m doing research,’” explains Thies. “I just loved how things came together, I just didn’t know how it was done.” Fast forward a few years and a friend of Thies’s was working on the Nicolas Cage film “Con Air.” Thies was able to visit the set and was blown away by the experience. He soon returned to Cincinnati, bought a camera and immersed himself in learning how to shoot.

His first project was a documentary called “Into the Divide.” “That film became an intense, three-week film school for me!” says Thies. Shooting and directing music videos and doing corporate videos became his bread and butter before transitioning into reality TV and he soon moved to Los Angeles. “I think from an overall creative standpoint, unscripted TV has been my lifeblood since I’ve been out here, but I’ve always been trying to do scripted movies.” His first feature film was “Dead Horse” in 2004.

“I was the director of photographer for featurettes for VISA for the 2010 Olympics,” explains Thies. “We went to Lake Placid and shot a bunch of athlete bio short videos.” On that job, Thies met Michael Schwartz, one of the writers and directors of “The Peanut Butter Falcon.”

As Zak, Gottsagen portrays a young adult with Down Syndrome who has been living in an assisted living home because of a lack of anyplace else for him to live. As Zak dreams of pursuing his dream of becoming a wrestler, circumstances lead him to inadvertently crossing paths with Tyler (Shia LeBeouf) and the duo set off on an adventure that takes on a Huckleberry Finn-esque style journey. Gottsagen and LaBeouf became good friends during the filming of “The Peanut Butter Falcon” and it is certainly reflected in their onscreen chemistry. Eleanor (Dakota Johnson) becomes a somewhat unwilling participant in the trip that features distinctive Southern characters that lend a wealth of beautiful regional flavor to the film.

“The Peanut Butter Falcon”
About seven years ago, Schwartz contacted Thies about a screenplay he had written and was interested in having him produce. Once Thies read the screenplay, he was hooked. “I called him right back and said, ‘I am utterly blown away. Not only is this screenplay amazing, but it’s your first screenplay!’”

A great conversation ensued, and the project moved forward in the form of a proof-of-concept “pre-film.” In fact, the script was specifically written for Gottsagen when Nilson and Schwartz met the young actor at an acting camp for differently abled actors and the trio became friends. Nearly every one of Gottsagen’s lines in “The Peanut Butter Falcon” was something that the actor had said in real life somewhere along the line. The dialogue is honest, sweet and from-the-heart.

Gottsagen and a core group including Thies shot key scenes from the script to hopefully entice interest in getting a feature-length film made and securing a marquee name to star. Filming was done in the morning and late evening to capture a certain kind of soft natural lighting. There were actually a few shots from the proof-of-concept that made it into the final feature-length film. It did take a few years to find the money to fund the project and some of that was in part to actor Josh Brolin’s interest in pushing the project along. 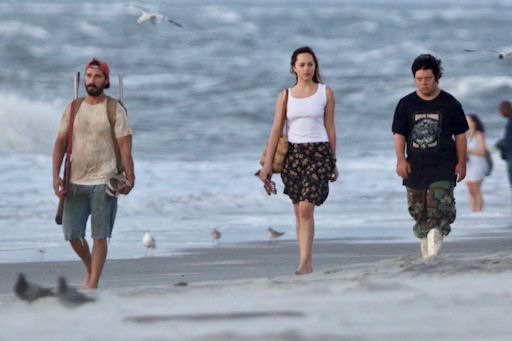 Thies says, “When I met Shia for the first time in Savannah, he asked me, ‘Did you shoot the proof-of-concept? That is why I’m here.’” To his credit, Labeouf’s performance was transformative and garnered rave reviews. The film had its first screening at SXSW on a Saturday night and it sold out. “The next screening, they were turning people away at the door and we were getting standing ovations,” says Thies. “The next screening there were four times as many people and then they gave us a bonus screening. Then we won The Audience Award and got another screening. So, we got five screenings at SXSW.” The film didn’t get into Sundance or Toronto because people didn’t quite know how to perceive it.

The film had a $6 million budget, wound up doing $23 million in theatres and was the No. 1 platform release in 2019. “It’s a film that I can take home to mom and she can hang it on the refrigerator,” laughs Thies.

When asked if there might be a sequel to “The Peanut Butter Falcon,” Thies explains, “I would love to say ‘yes,’ but I don’t know if you could strike that gold again. It would be really hard to put out a product as good as that. It was so wholesome.” On that note, the producer says they are working on some other products with Gottsagen in mind.

Some of Theis’s other TV and film credits include “Objectified,” “10 Things,” “Scrappers,” “TMZ Investigates: Tiger King – What Really Went Down,” and “The Osbournes in Japan,” among many others. For additional information on David Thies, visit his IMDb page at http://bit.ly/DavidThiesIMDb. 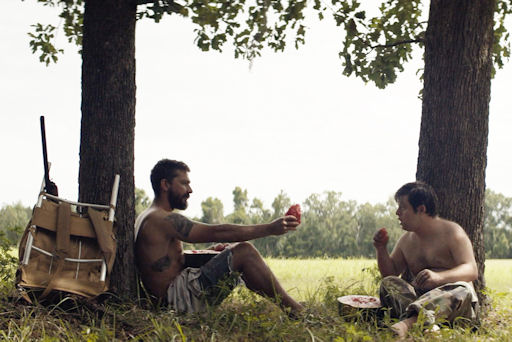 “If Hollywood calls tomorrow and says, ‘We’re not giving you another project; you’re done,’ I can go out on top saying, ‘I won,’” Thies states.

“The Peanut Butter Falcon” – which was written and directed by Tyler Nilson and Michael Schwartz and co-stars John Hawkes, Bruce Dern and Thomas Haden Church – is available on Amazon Prime, Hulu and Sling TV. For additional information about the film, visit www.imdb.com/title/tt4364194.