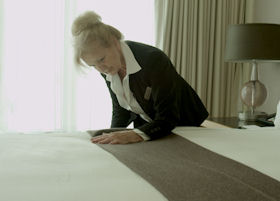 It’s Boston and Rebecca is the head housekeeper for an inn facing hard times. Her one-bedroom apartment, where she has raised two boys, is above the inn and part of an employment package arranged around 50 years ago. At 75 years of age, she has spunk, energy and drive – until she is fired. That’s when she no longer wants to live.

And that’s when one of her sons, Sian-Pierre Regis, has her write down all the things she would have liked to have done during all the years she worked at the inn and took care of her sons. Then he put up something like a Go Fund Me account which earned $60,000.

Regis, a good-looking award-winning journalist (CNN and CBS), is a writer and filmmaker. He took time with the new windfall to take his mom on a journey to experience her list, which took three and a half years to fulfill. He carried a camera with him and a charming, sensitive film was made that revealed his mother’s hidden past, regrets, and resilience.

Close to 75 myself, I find that retirement brings some time to self-assess. What is most important? What do we most want to do while we still can? How can we make amends?

Rebecca’s bucket list is indeed surprising to both Regis and the audience. Her story is a model of how to bring life’s multiple experiences together for healing, reconciliation, and regeneration. 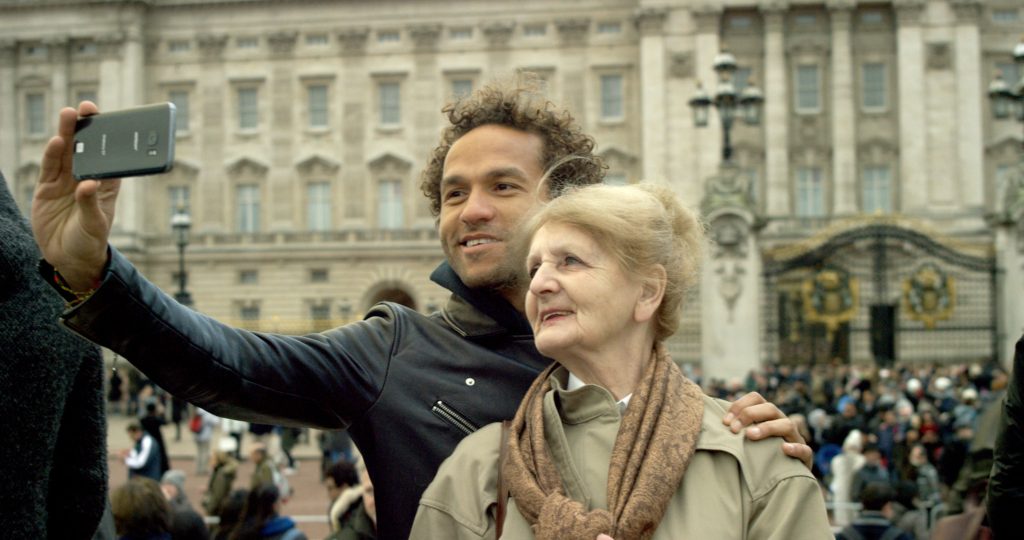 “Duty Free,” a fun though pointedly insightful take on agism and purpose, will be playing virtually at this year’s DocNYC Film Festival. Tickets can be purchased here: www.docnyc.net/film/duty-free.