Review: Dave Not Coming Back 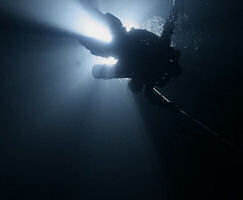 Scuba diving is not for everyone. The claustrophobia alone is insurmountable for some and the demands on equipment expertise and body chemistry add to that. The subsection of scuba diving known as cave diving presents multiples of danger above that. One can surface in open water. If the cave ceiling is above, there is no direct surfacing. If the cave dive is deep, rapid emergency decompression will cause “bends,” a painful, sometimes fatal and potentially permanently debilitating injury.

Training and certification for cave diving is not even offered by many recreational scuba organizations. This leads to a close knit community of practitioners, ten of which teamed up to recover the remains of Deon Dreyer, a deep cave diver lost in 1994. In 2004, Dave Shaw completed a record dive in South Africa’s Boesman cave to 270 meters (886 feet) and discovered the wetsuit encased remains of the lost diver. This is the story of that attempted recovery.

The overall planning itself is incredible. The crew filmed an entire dive shop moved to the remote site, including dozens of air tanks, thousands of feet of rope and tackle, and a dozen sets of “rebreathers,” the highest tech diving equipment on earth.

Normal scuba diving is consuming air from a tank, like drinking water from a canteen. Ascending from a deep dive takes so long, say twelve hours, that the tanks required are impossible. The rebreather filters and purifies the diver’s exhaled air and mixes it with oxygen to “recycle” the air. As complex and critical as the impossible task of filtering body fluids to reuse water, a computer chip determines if the diver will live or die.

Adding to the danger, the cold water will cause hypothermia if the diver cannot surface in exactly the allotted time. Dave Shaw was up to the task, after being fitted with a special helmet camera and aided by a complex distribution of oxygen tanks, controls and tackle. The terror that ensued can hardly be imagined. The accidental recovery of the helmet cam footage, while providing some closure, almost makes it worse.

Hyper-realistic underwater cinematography and a tense soundtrack create a world where humans are so completely out of their element that survival itself is a miracle. There is no talking under water and the sparse screenplay underscores the fact that when challenging nature, talk is useless. It either works, or it does not, and no amount of explanation will change that. There is almost no biological life in caves. None, that is, except the foolhardiest of life, humans.

The deeply personal interviews of wives, parents and bonded-at-the-hip mates form a story that can only be completed in the mind of the viewer. Through a series of reenacted dives, planning graphics and in-person interviews, this is documented terror. Comparable to the best adventure films ever made, writer/director Jonah Malak has captured a heart rending story of mankind’s desire to go where they have no business going. A matter of pride or duty, or simply flying too close to the sun? It is up to the viewer to decide. 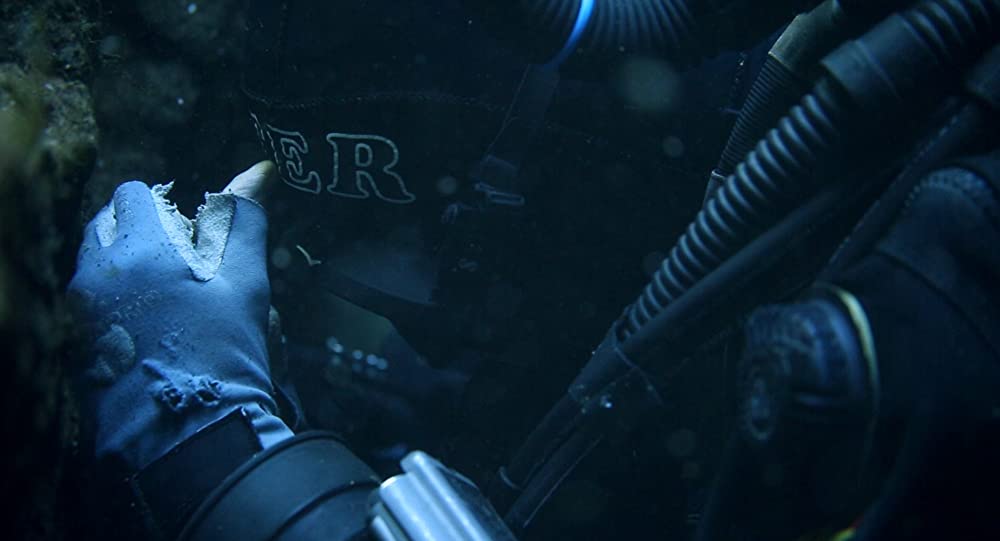