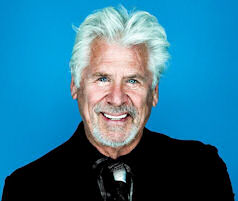 Perhaps no other film in history has had the longevity, and certainly the cult classic popularity that “The Rocky Horror Picture Show” has amassed since its release in 1975.

What initially started out as a dud of a film when it was released, evolved into a midnight release spectacular film party that has been going for 45 years. Celebrating the 45th anniversary of the release, one of the film’s stars is making special appearances in both Tucson and Phoenix, Ariz., at live drive-in style film screenings and Barry Bostwick took the time to catch up with ItsJustMovies.com to let us know how he’s taking part in the celebrations.

“The Rocky Horror Picture Show” produced several stars who went on to prominence – including Bostwick, Susan Sarandon, Tim Curry and Meat Loaf in his earliest film performance. If you’re not familiar with the dark drama/comedy, the movie follows the fateful journey of engaged lovebirds Brad Majors (Bostwick) and Janet Weiss (Sarandon) after they experience a car breakdown during a rainstorm and seek shelter at the nearby castle of Dr. Frank-N-Furter (Curry).

During showings of “The Rocky Horror Picture Show,” there is often a group of performers dressed as their on-screen counterparts acting out the scenes live, and the audience gets involved by dressing as their favorite Rocky Horror characters, talking back at the screen, engaging with props relevant to the film and getting up and dancing. The film has become a rite of passage for generations of moviegoers.

Lead actor Barry Bostwick is a Golden Globe and Tony award-winning actor who portrayed Brad, a strait-laced and lovable doofus. He will be in Arizona next week to take part in socially distanced meet-and-greets and hosting the 45th anniversary showing of the iconic film.

“Drive-ins… That’s what COVID has thrust upon us,” muses Bostwick. “We want to keep ‘Rocky Horror’ alive and we want to keep these shadow casts working and enjoying themselves, and we have to do it in ‘space.’ So, transexual Transylvania has now become a parking lot somewhere.”

Initially, “The Rocky Horror Picture Show” played on the stage in London, but the offer for Bostwick came via 20th Century Fox. “Onstage, the parts of the all-Americans were always played by groups that had great American accents, but Susan and I met with them together as a couple and I don’t even remember auditioning. Susan said she had to sing ‘Happy Birthday,’ or something, but I don’t even remember that.”

Bostwick continues, “We knew the casting director Joel Thurm and he brought Susan and me in together because he thought it would be a good idea. Then 20th Century Fox pulled the trigger and said, ‘That’s who we want,’ and then they sent us to England. We were done with rehearsals and were about to start shooting the movie. The suits from 20th Century Fox came over and walked off the set and said, ‘What the hell is this? What did we put our money into?’ They almost pulled the plug at the last minute! They just didn’t have a clue what they had been sold, which is odd because it had been on the stage in LA and London.” Luckily, the film was able to continue and with a small budget of approximately $1.4 million.

With a laugh Bostwick adds, “I say to crowds, ‘Hey, this ain’t no Disney movie. Then I realize, it is a Disney movie because Disney bought 20th Century Fox! I can only imagine what Walt Disney would think if he got out of his cryonic state.”

The seasoned stage, TV and film actor recognizes “The Rocky Horror Picture Show” continues to be a film celebrated by generations of film-goers. “It’s basically sex, drugs and rock ‘n’ roll,” Bostwick explains. “There always attracted to that and they’re always attracted to a party. It’s like beer pong without the beer… Although many people have already had many beers before walking through the theater doors.” 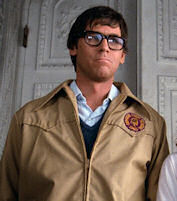 He identifies to distinct types of audiences that enjoy the film. “There’s the audience that might be outcasts that participate in the film and say, ‘Ah, these are my people. I can be who I want to be, and I don’t have to dream it, I can be it.’ Then the other group is there just to have a party and play.” He also notes that nobody involved with the film set out to do something groundbreaking. They just wanted to entertain people.

“It was certainly a classic fairy tale, with a different kind of fairy in mind,” says Bostwick. “It was certainly a fairy tale and followed all the rules of a classic fairy tale – a loss of innocence, good guys, bad guys, an evil queen, and it’s dark. There are some really dark things in this movie.” Most of the darker topics touched upon in the movie are handled in a tongue-in-cheek fashion.

Bostwick currently resides in Florida and shows no signs of slowing down anytime soon. He will next be appearing in the TV series “The Potwins” which he anticipates might wind up on Apple or Hulu. “We’re poised to do another eight episodes as soon as we get the go-ahead get the money,” explains Bostwick. He’s also working on another TV pilot called “Snowbirds” that is similar to a “Golden Girls” style show. Additionally, Bostwick looks forward to the 50-year anniversary of “The Rocky Horror Picture Show” that will take place in a few years.

The 45th anniversary celebration of “The Rocky Horror Picture Show” takes place Saturday, Nov. 14, at 8 p.m. at Celebrity Theatre located at 440 N. 32nd Street, Phoenix. Doors open at 5:30 p.m., followed by an available meet-and-greet with Barry Bostwick at 6:30 p.m., the Shadow Cast (Frankie’s Fishnets Cast) introduction and contests from 7:15-7:45 p.m., Bostwick’s introduction of the film at 7:45 p.m., immediately followed by the unedited version of the film at 8 p.m.

The drive-in-style experience will practice full social distancing and each car will have two spaces to ensure safety measures. General admission passes are $55 per person and VIP passes are $100 and include one pass per car, priority front row section positioning and a Shadow Cast and Barry Bostwick welcome (one person per seatbelt availability). Exclusive socially distanced meet and greets with Bostwick are $60 and “The Rocky Horror Picture Show” lips-branded masks are available for $12. As Dr. Frank-N-Furter would say, “Come up to the lab and see what’s on the slab!” 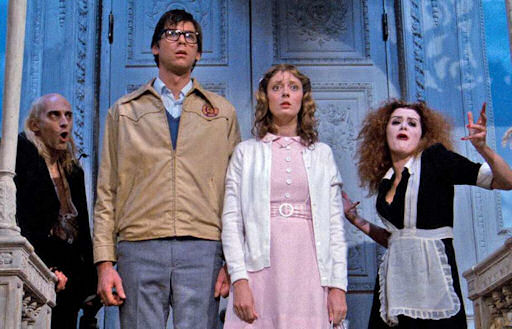 Bring your rice, toast, toilet paper and the rest of your film “props” and join the fun with “Brad.” There will also be a costume contest, so dress to your “Rocky Horror” best. Purchase general admission tickets and add-ons for the Phoenix event at http://bit.ly/PhoenixRockyHorrorTickets. The Tucson event takes place Friday, Nov. 13, following nearly an identical format and tickets can be purchased at http://bit.ly/TucsonRockyHorrorTickets.