After having invented the first internet distributed 3D printable gun, Cody Wilson was getting no respect. Once the authorities found out what he was doing, nobody would sell him a printer capable of making his masterpiece. Fedex and PayPal refused to service his business selling and shipping machines and assemblies to make automatic weapons. It is just no fun being a radical genius any more. 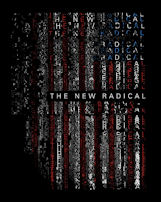 Director Adam Bhala Lough traces a few months in the life of Cody and his sometimes cohort Amir Taaki as they promote their millennial brand of libertarian freedom, with an option on violence. The only solution is for everybody to have everything that is capable of killing anybody. Sage words coming from a pair whose entire education appears to be about things that shoot and explode.

Doubling down on that lost bet, they founded Dark Wallet, a Bitcoin app that is supposed to allow the unfettered exchange of everything. Luckily for them, someone thought about it first and paved the way for the authorities to stop them before they did anything dangerous.

As luck would have it, when Cody went live with his first plans in 2013, the FBI had just arrested Ross Ulbricht, inventor of the dark website Silk Road. Over the next two years, Cody got to follow the news like everyone else as Ulbricht was sentenced to multiple life terms plus a few extra decades in the federal pen, without the possibility of parole. As for the pair in this movie, it is Cody who gets the glory, short-lived, and the criminal record for the rest of his life. Partner Amir, the smarter of the two, is not charged.

This may explain the vacuous lack of detail in this movie. A film about the unlimited distribution of information, there is no significant information in it at all. It is as if the FBI, or similarly minded legal counsel, censored the film of anything that could be considered serious and left in only the sophomoric political whining of two 20-somethings stuck in pre-adolescence.

As it turns out, the gun plans were already on the net anyway, for anybody who wanted them. Before the net, they were on blueprints that anyone could order via snail mail. By the end of those revelations, we are starting to wonder just exactly what these two did that rated a movie.

Walking hand in hand with the Trump election victory, this film suggests the unbelievable. What if all millennials turn out to be like our president? On the other hand, if the Libertarians’ end goal is to put a machine gun in every closet, that may take care of the problem by itself.

If you want an exciting and tragic story of somebody who had an incredibly brilliant – and incredibly harmful – idea, read the book about Dread Pirate Roberts himself, “American Kingpin: The Epic Hunt for the Criminal Mastermind Behind the Silk Road.” 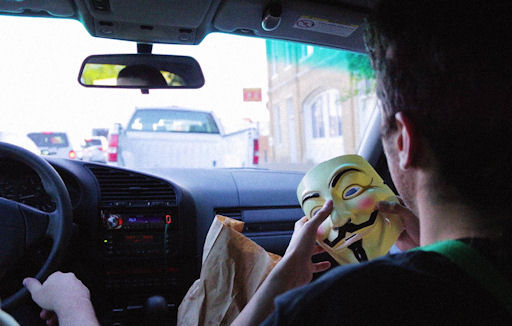