Patrick Brice is not going to sugar coat it. We are messed up and we better figure why and learn to get on with our lives before it is too late. This is a heavy message for a film maker to project in his second feature film. But he really means it. Water filters, anonymous hot massages, butthole art. All of it. Really. 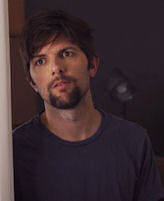 Brice maintains his relationship with firebrand Mark Duplass, who is listed as a producer on this film and with whom he made last year’s “Creep.” Filmed in 12 to 15 days, “The Overnight” is a straightforward chronology of the meeting of two families.

Jason Schwartzman plays Kurt, the self-proclaimed mayor of the community. As it turns out, that is not exactly the case, or less this is the strangest community in California, a state renowned for strange communities. Kurt lives in an expensive house but has no obvious job. As it turns out, his enterprises include a line of breast pumps sold with the help of explicit commercials by his remarkably uninhibited wife Charlotte. French actress Judith Godrèche plays Charlotte. Having racked up three César nominations, she is the veteran in the four-person lead cast.

As the overnight begins, the movie develops more and more sexual tension. The audience is leaning on the edge of their seats to see the outcome of the couple’s entreaties to newcomers Alex and Emily (Adam Scott and Taylor Schilling). Charlotte takes Emily on an outlandish evening adventure, while Kurt shows Alex his outlandish art.

Although some sexual fireworks ensue, the bottom line of the film is that a casual overnight with the neighbors is, when all is said and done, just that. Storm and fury meaning nothing other than people getting to know others, but mainly themselves, better.

Clues are dropped here and there, some turn out to mean something and some mean nothing. The audience eventually puts this together, but not until the final moments of the movie. There is a price to be paid for examining one’s own state of mind and the prejudices built in through years of American upbringing. An amazing lack of judgment seems to be one of the messages, although there will be few in the audience who would have spent the first hour of this adventure with a couple who they barely knew.

The sound track by Julian Wass is well-matched to the pacing of the film and helps to fill in the slow moments. The acting by the four leads is first rate, making the best of the marginal screenplay.

Not unlike the cult classic “Neighbors” with John Belushi and Dan Aykroyd, this film lacks the wackiness of the earlier movie. As it turns out, it is difficult to write and act out genuine weirdness. In that vacuum, simple off-beat tropes cannot take up the slack. 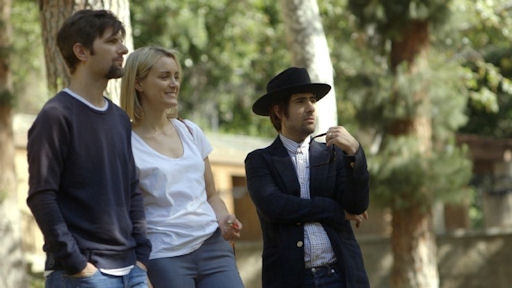