Director Christian Petzold re-unites with leads Nina Hoss and Ronald Zehrfeld in the multiple award-winning mystery neo-noir “Phoenix.” Petzold and Hoss enjoyed multiple awards for their previous efforts in “Wolfsburg,” “Toter Mann,” “Yella” and “Barbara” and this film is no exception. Zehrfeld was also the supporting actor with Hoss in “Barbara,” a performance than garnered him a German Film Award nomination. Having already notched several awards for all, this film is headed for more in 2015.

Written by Petzold and Harun Farocki, and based on the Hubert Monteilhet novel “Le Retour des Cendres,” the screenplay tells the story of Nelly Lenz (Hoss), a concentration camp survivor who returns to war ravaged Berlin immediately after the end of the war.

Nina Kunzendorf plays her trusted companion, Lene Winter, who is outspoken about the holocaust and the unmerciful revenge due to those who conducted it as well as those who supported it passively.

Zehrfeld plays Johannes “Johnny” Lenz, the man Nelly loved with all her heart and was forced to leave behind when the Nazis took her to be imprisoned, and nearly murdered, in the camps.

Bringing these three magnificent actors together again, and adding the accomplished Kunzendorf, has resulted in what may the best of Petzold’s great films. This is classic film-noir, an exquisitely executed story of heartbreak and salvation in the greatest noir setting of them all, 1945 post-war Berlin.

The movie tells three stories at the same time. The first is the conflicted nature of the German people as a whole when it comes to grappling with the guilt of the holocaust. The second is the tension between the complete and unconditional love Nelly has for Johnny and the suspicion her dearest friend, almost her savior, Lene has that it was Johnny who betrayed Nelly to the SS. The third is the situation in which surviving Jews, and possibly their descendants, see themselves in the wake of the humiliation and criminal victimization they suffered in the camps.

Lene condemns returning Jews who, in her terms, assumed the same subservient role they had when they tacitly cooperated in being sent to the camps. Instead of demanding and receiving reparations and formal apologies, she says they asked for forgiveness for the crimes in which they were the victims. She wants to leave Germany behind and move to their new homeland, Israel, where they can live as free equals.

Nelly wants to know the truth and is afraid of it at the same time, just as the average German wanted to know the truth of the holocaust but was afraid of what they would learn. Although born a Jew, Nelly never practiced Judaism and, if fact, denies to Lene even that she is Jewish. She cannot understand or cope with what Germany did to her.

Johnny, a pianist at the Phoenix nightclub where Nelly was a singer, has been reduced to near rags in the rubble pile that is Berlin. He works at the club as a waiter and, like many working class persons at the time, claws and scrapes for whatever he can find.

The magnificent twist of the screenplay is that when Nelly returns to Berlin, barely alive and quite traumatized, she has had reconstructive surgery and does not look quite the same as when she left. Rushing to Johnny, desperately seeking refuge and longing for his love, she is shocked when he does not recognize her.

Does she look that different, or is the thought of her return too painful for the morally bankrupt Johnny to bear? As they reunite with Nelly’s former friends, there is guilt enough for all. 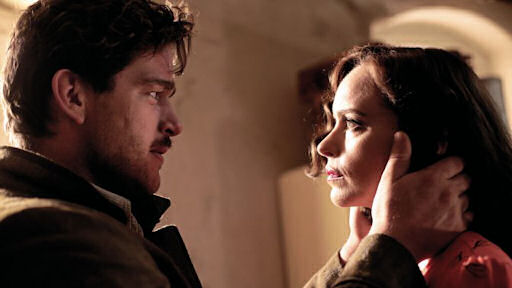