Review: The Square (aka Al Midan) 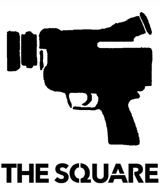 This documentary is a firsthand account of the Egyptian revolution in the setting of Cairo’s Tahrir Square in 2011 through Mohamed Morsi’s overthrow in 2013. Screened at the 2013 New York Film Festival, it is directed by Jehane Noujaim, who also directed indie favorites “Control Room” and “Startup.com.”

Filmed in the cinéma vérité style that made violent political documentaries the running, screaming, rock-throwing spectacles they are today, the movie has a flavor of the 1968 Chicago Democratic Convention, the Chicago Seven, and the Weatherman and Patty Hearst. Although the press notes equate the Tahrir revolutionaries to the anti-apartheid and Martin Luther King movements, it has less in common with those battles. Those revolutions were not televised.

Perhaps that is the problem with this particular film; it is down pat, as if we stepped back in time to “Apocalypse Now” and viewed the revolution through the eye of the daytime TV camera. We always see the photogenic side of the personalities that populate the set. Featured in the film, Khalid Abdalla and Aida El Kashef co-founded Mosireen, a group of filmmakers dedicated to using their cameras to shed light on social injustice. At least, they shed light on their idea of social injustice. Abdalla starred as Amir in the mega-hit “The Kite Runner” and was also featured in “United 93” and “Green Zone,” and, one assumes, has considerable contacts. The film is narrated mostly by Abdalla and Ahmed Hassan, one of the original organizers of the Tahrir occupation that led to Mubarik’s overthrow.

An unlikely character in the film is Magdy Ashour. A father of four, he was abducted and tortured under Mubarak’s rule for being part of the banned Muslim Brotherhood. Magdy and Khalid met in Tahrir and some of their conversations are a part of the film. At first Magdy is represented as the bad guy, the symbol of the fascist enemy who flogs and rapes. By the end of the film, he is seen in a different light. This transformation asks the viewer to question the images and ideas that are implanted by the media every day. This revolution is televised, but the real question is how much we rely on the media to paint the pictures we want to see. 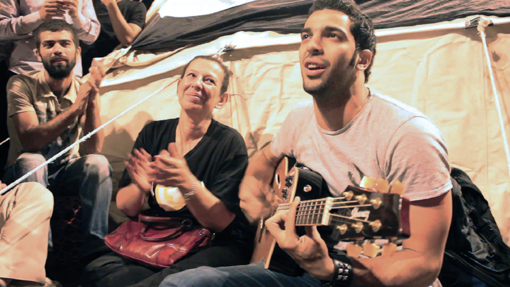 Although the movie is, superficially, a recounting of news that we have heard too many times, there is an interesting undercurrent. This is the interplay between Magdy, Khalid and Ahmed. Khalid is the rock-star who has travelled around the world and currently lives the posh life of the movie star and clean-cut activist in London. Ahmed aims to build a “society of conscience in the new Egypt, a nation in which people do the right thing. A nation in which equality and democracy are the coin of the realm, like America. Well, OK, better than America.

Magdy represents the father figure to both Khalid and Ahmed. He is the wisdom of time, a man who wants no more than to feed, house and educate his family and to live with dignity. Although he is the member of the Muslim Brotherhood, supposedly religious radicals who kill and maim as they please, he emerges as the character that has set the most realistic mission and, in the end, the one who reaps the most success. The others get the screen time, but the bearded, gruff, communications-challenged Muslim gets the seats in parliament.

The film has a fascinating story line that follows the revolutionaries through the euphoria of victory into the uncertainties and dangers of the current transitional period under military rule and the even more threatening politics of democracy that follows to this day. When a country as stable, educated and progressive as America has its government shut down for a week by a minority of Republican radicals, what waits around the corner for Egypt? The Muslim Brotherhood knows what waits and they are organized and ready for it. The revolutionaries have established a rich rhetorical tradition that promises greatly expanded film coverage, in front of their own cameras.

As the Bible says, it is harder for a rich man to enter Heaven than for a camel to pass through the eye of a needle. Perhaps the currency of popular culture makes it harder for the trendy to found a workable and believable government. One is never sure where the hard work will end and the imagination, art and talent will begin. 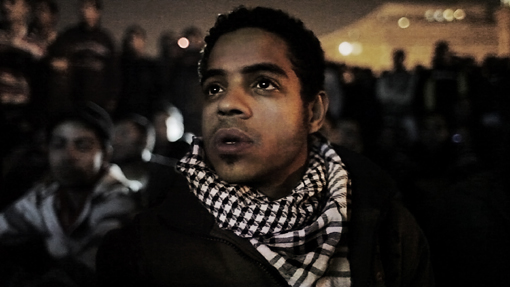