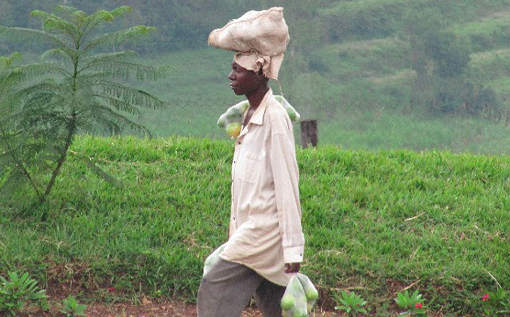 Screened November 2012 at the third annual DOC NYC documentary film festival, “Sweet Dreams” is the story of Kiki Katese, one of the few people in crisis-torn Africa who walks her talk. Rather, perhaps it should be said that she drums her talk. She did so by founding the groundbreaking women’s drumming group, Ingoma Nshya, ten years after the horrendous genocide of the Tutsis in Rwanda.

The minority Tutsis were placed in positions of power during decades of Dutch rule in Rwanda. After independence, the rival Hutus, far outnumbering the Tutsi, took revenge for what they perceived to be the institutionalized repression and persecution of their tribe. They killed approximately one million men, women and children, the vast majority hacked or bludgeoned to death with little or no resistance.

In the nearly twenty years since, the citizens of Rwanda have been recovering from this terrible event. Katese took a leadership role in this process by forming a drumming group comprised solely of women. The group provides self-expression, friendship and emotional and physical support for women recovering from trauma. The group is composed of women representing both sides of the conflict. Those having lost families and friends have an extensive grieving process. Many were also victims of assaults, kidnappings and more.

It is less well understood that the perpetrators, and the children of the perpetrators, also have severe guilt issues. The children of assailants, many of which are serving long prison terms, have grown up branded as criminals themselves. Deprived of the living provided by their parents, these young adults have lived childhoods of crippling poverty, malnutrition and persecution, through no fault of their own. Now, they need to be a part of the healing process, as well.

Out of the blue, Katese had an inspiration. That idea was for the drumming group to form a business to raise money to further publicize their performances and draw attention to their good works. The idea was to start a network of ice cream shops. The country has a dairy industry and a honey industry, milk, cream and sweetener being the basic ingredients of ice cream (as it would turn out, the fourth ingredient, cold, would be harder to obtain). She met with the owners of Brooklyn, New York’s Blue Marble Ice Cream shop, Jennie Dundas and Alexis Miesen, and invited them to help Ingoma Nshya open Rwanda’s first local ice cream shop.

The film is a combination of the outlandish and thrilling drumming of the women and their courageous and innovative first steps in opening their first ice cream parlor. Drumming performances are interspersed with the steep learning curve of native Africans learning English and the rudiments of American capitalism. The women formed a co-op, elected leaders and set out on the nearly impossible task of raising precious capital in a country where few of the populace have any money.

Surmounting difficulties that would have killed a lesser crew, the group persuaded South Africa to donate an ice cream machine. A device as foreign to the bush as the space shuttle, the machine was damaged in shipment, lost its refrigerant in shipment and would not work. As the opening day loomed near, the shop could not open and could even make its first batch of product. Later, there were employee disputes and petty theft, accompanying the struggling success of the new business.

Throughout all this, the group has kept its faith and reached out to help countless Rwandan women on the road to recovery, while building their confidence as self-employed businesspersons. The future holds international performances in store as a result of the newfound fame and fortune. However, it remains to be seen if age-old attitudes and stereotypes can be contained enough to let the fledging experiment fly on its own.

The touching story combined with the marvelous performances and shimmering costumery make this a fun film to watch and a fine example of recovery from the worst of circumstances. 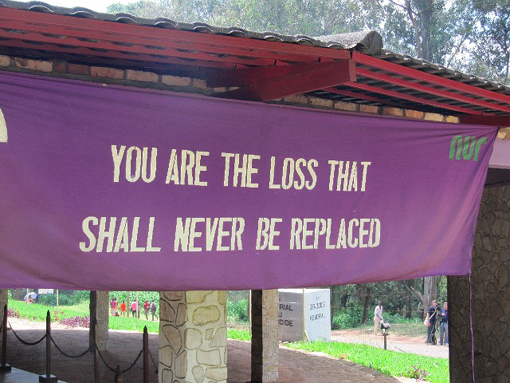