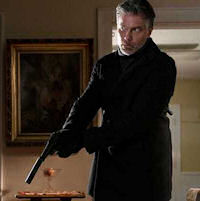 The thread of samurai tradition runs through this noir thriller. An assassin is exceptionally good at what he does thanks to a godfather figure, the soldier comrade of the assassin’s deceased father. Taking the young man under his wing and teaching him a trade that the mentor has come to believe is reality, the older man is, in fact, crazy as a loon. And boy are we glad of it. It is the practical, humble approach of the killer that contrasts so well with the skewed reality of his surrogate father that makes this thriller work.

Anson Mount does a credible job as the assassin, named in the credits as The Virtuoso. As it turns out, The Virtuoso is not a virtuoso, at least the movie does not have time to show us the skills of one. He does one job right and next one wrong, with jarring results. Even having five times the screen time as his mentor, played by Anthony Hopkins, it is all Mount can do to hold his own. Hopkins simply has too much evil cred for us to see him as anything more benign than prostate cancer.

Anson Mount has to work for his bread.

The film plays nicely with two stories of contrast. The first is blue collar working man’s sanity versus white collar sociopathic barking mad lunacy. This story is played out in the present when Mount’s hit gone wrong makes him immolate an innocent mom playing Frisby with her child. A similar story is played out via Hopkin’s flashback to an awfully bad day in Viet Nam, a day that undid Virtuoso’s dad.

The second story is that of the hunted and the hunter. After his traumatizing collateral damage the killer is probed by his mentor for signs of a weakening of the will. The results are nebulous and lead to a kind of super-assignment. There is no time for planning, there is no identified victim and the results will be hectic instead of methodical, which makes three out of three of the Virtuoso’s own rules broken. In noir we know what that means.

Forgive the forced plot and the one dimensional acting of Anson Mount and there is a cloak and dagger flick here to be enjoyed. The strangers in the bar are earthly renderings of the habitues of “Star Wars” Mos Eisley cantina, each one capable of slitting your throat faster than you can say “shaken not stirred.” Amusing nonetheless, except for Eddie Marsan lost in a sea of mediocrity. If you are curious about what he can do, see “Ray Donovan” and skip this movie.

Abbie Cornish breaks out from the creaky plot to play the girl next door who maybe you wish was a few doors farther away. A tantalizing performance begging one to imagine what she and Eddie Marsan could do with a power screenplay. Director Nick Stagliano grabbed Prime Time Emmy award winner Frank Prinzi as DP and together they produce a noir palette that teeters perilously close to camp. Bad memories, bad lives, an even worse future and people who are simply no danged good. What is not to like? 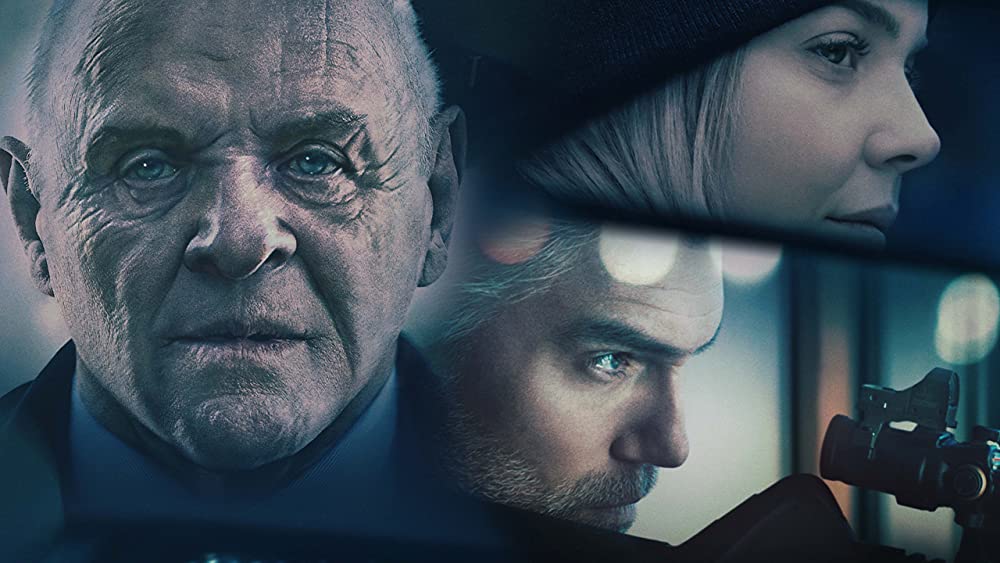