When my Norwegian grandpa, father and I went out fishing in and around the cold Seattle waters, we felt exhilaratingly free. Out in a small boat or in waders in the middle of a busy stream, in misty rain or cloud-dappled sun, we were adventurers reveling in self-sufficiency and a kinship with nature. 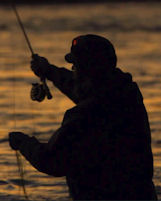 We have this in common with Mark Titus, a Seattle sports fisherman, who is the filmmaker of “The Wild.” But Titus goes further. He walks the talk. He is part of a crusade to save the threatened salmon spawning waters of Bristol Bay, Alaska.

Titus humanizes the story of salmon in his documentary by revealing parallels between the salmon and his own threatened journey in life. Whether it is about salmon or himself, he simply asks, “How do you save what you love?”

He explains through his beautiful cinematography that the current US administration has reversed environmental conservation policy dating back to President Theodore Roosevelt. Now companies like Pebble Mine, a gold and copper mineral operation, have proposed mining in the Bristol Bay area of southwest Alaska.

At first, this sounds like a potential boon to the state with the highest unemployment rate in the US.

The problem is that the Bristol Bay region is the last successful spawning place for salmon in the world. Each year, under a state-of-the-art sustainability plan run by the state of Alaska, a growing number of salmon returns to spawn each year. In 2018, 63.5 million salmon returned and 43 million were harvested, making Alaska ninth among seafood-producing nations in the world.

But Titus sees the salmon, as he sees himself, at risk. The only thing holding them together right now against the threat of Pebble Mine is community. For this reason, he interviews local people connected to the fish industry as well as their nemesis, Pebble Mine executives.

Surprisingly, amidst the scientists, politicians, locals, artists and people in the Bristol Bay salmon industry, Titus interviews Mark Harmon, who has fished in Bristol Bay for the last 25 years. Harmon matter-of-factly (like his NCIS tv character) says, “This is the last unspoiled area.” To support the film and the movement to keep Bristol Bay untouched, Harmon came up to fish during filming.

Though Pebble Mine’s plan would at first only involve a relatively small area, Titus points out that everything in the Bristol area “is connected by water. When you touch water in one place you touch it everywhere.”

The Alaska legislature established the Bristol Bay Fisheries Reserve in 1972 and the National Environmental Protection Act forbid development in the Bristol Bay area in response to scientific studies and potential dangers in the area.

How Titus presents the mining argument from Pebble Mine’s own executives, how he slowly but gravely makes his case with a depth of respect for Alaska and its people, and how he humanizes the Bristol Bay predicament with his own journey in life reveals true genius in filmmaking that my Norwegian forebears would find a sacred mission.

“The Wild” premieres at Seattle International Film Festival May 19, 21 and 25. 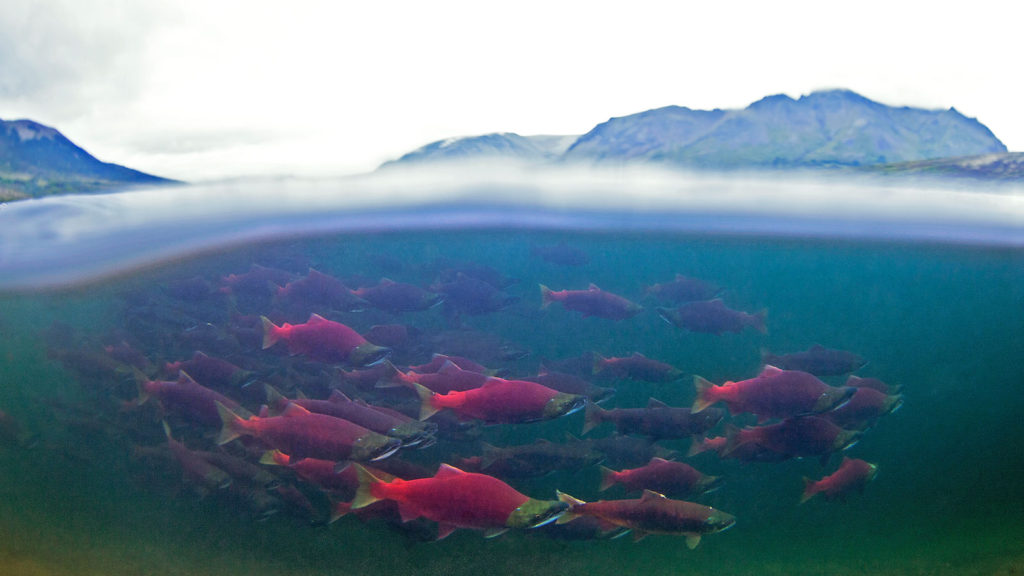 Tags: Mark Titus
Posted 23 May 2019 by Bev Questad in Reviews