Review: This Is My Desire 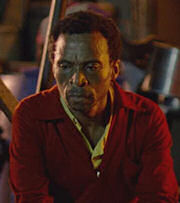 Mofe’s new name is Sanchez and Rosa’s new name is, well, Rosa. There is nothing else disclosed about their current names because until they leave Nigeria, they are nothing. Two persons smart, focused and dedicated to leaving their home country behind do what they have to do to survive and keep their dreams. Barely paying attention to their sacrifices they give the gifts of life to others while they are struggling to leave theirs behind.

Life is what happens while you are … you know the rest. Engineer Mofe is a talented technician who seems born with the ability to bend wires together and make things work. He works two miserable jobs in what has been voted the least livable city in the world, Lagos, Nigeria. The shots of his workplace are clear and precise waist level broken down machines and face shots of electrical wiring that kills like an electric chair at the drop of a hat. A soul less boss whose orders come over a scratchy intercom.

He has his fake passport and his new name, Sanchez, when a generator and a television kill his sister and two nephews. Across town the beautiful Rosa makes other women beautiful, changing their worn out hair weaves while dealing with her pregnant teenage sister Grace. In the bars and the beauty parlor she rubs shoulders with rich whose lifestyles she can only imagine. She listens as they mock her and other working Nigerians, behind her back while yet within earshot.

She allows both of them to be used in return for their fake passports to Italy. Her story will brush ever so slightly into Mofe’s, then veer away again, then return in the end. Both scratch and claw at barriers piled in front of them, sprouting like a never ending forest of wealth and class based vines pulling them two steps back with every step forward.

Charles Burnett’s “Killer of Sheep” had nothing on this movie, and film maker Esiri probably did it with a lot less than even Burnett had at the time. This direct story-telling with sharply framed close-ups that show every line in the faces of the protagonists and claustrophobic mid-level shots of the crumbling inner city, their sworn enemy.

Technology, law, business and chauvinism are the enemies here. Family is the salvation. The new world order enslaves just as did the old colonialism, now reborn into a new enslavement by wealth, class, education and location. Although life is not happy, it sometimes turns reality on its head and provides a solution when all seems lost. If we do not get what we think we want we might just get what is most important in spite of ourselves. 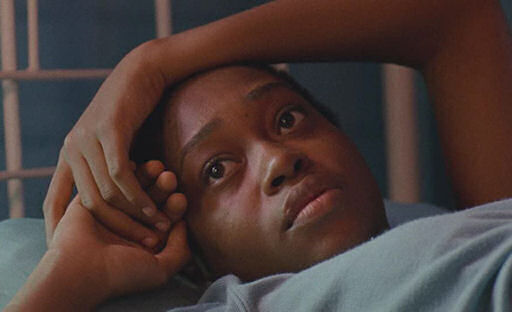